Dairy calves are taken from their mothers, often only hours after being born. The separation breaks a strong maternal bond, and both cows and calves suffer. Hundreds of thousands of unwanted dairy calves are slaughtered in Australia each year.

Like other mammals, to produce milk a dairy cow must keep giving birth, usually to a calf each year. If nature was allowed to take its course—calves would suckle from their mother for several months, even up to a year. Mother cows, like most mammals, have a strong maternal bond. One study found that this bond was formed in as little as five minutes.1

When calves are removed mother cows will frantically bellow for the offspring that they will never see again. Separated calves appear frightened and bewildered. Regardless of how this situation is handled this separation causes enormous stress for both the cow and calf.

New mothers are returned to the milking herd to maximise profits. Her milk is then collected for human consumption. 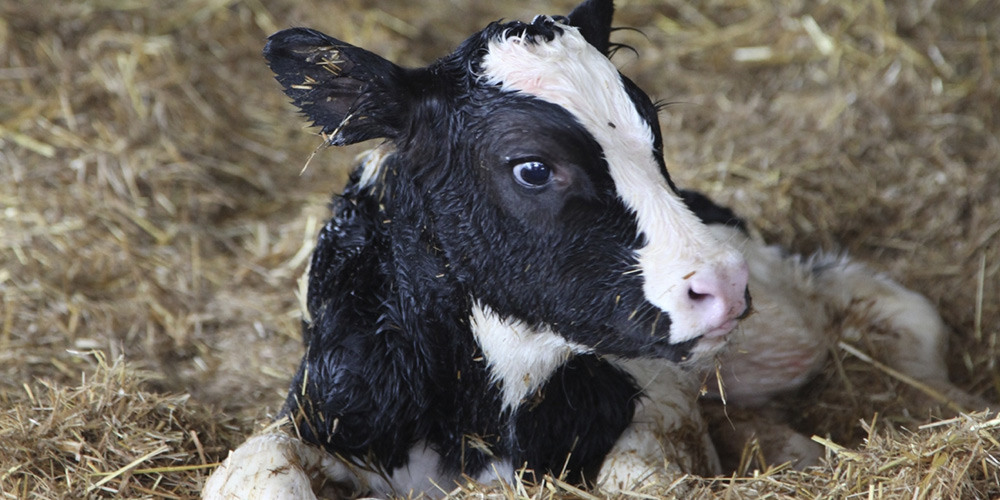 The fate of the calf

Dairy industry figures indicate that hundreds of thousands of unwanted dairy calves are slaughtered each year in Australia as 'waste-products' of the dairy industry — usually at only days old. Dairy calves are not valued as they don't grow at the same rate as beef calves and their meat quality is considered sub-standard by the beef industry.

As soon as calves reach their fifth day of life (after separation from their mothers they are fed a milk substitute) Australian livestock transport standards2 allow the calves to be transported to abattoirs and saleyards. Bewildered calves are subjected to the stresses of unfamiliar sights and sounds and multiple and often rough handling as they are transported to calf scales, sale yards and slaughterhouses. 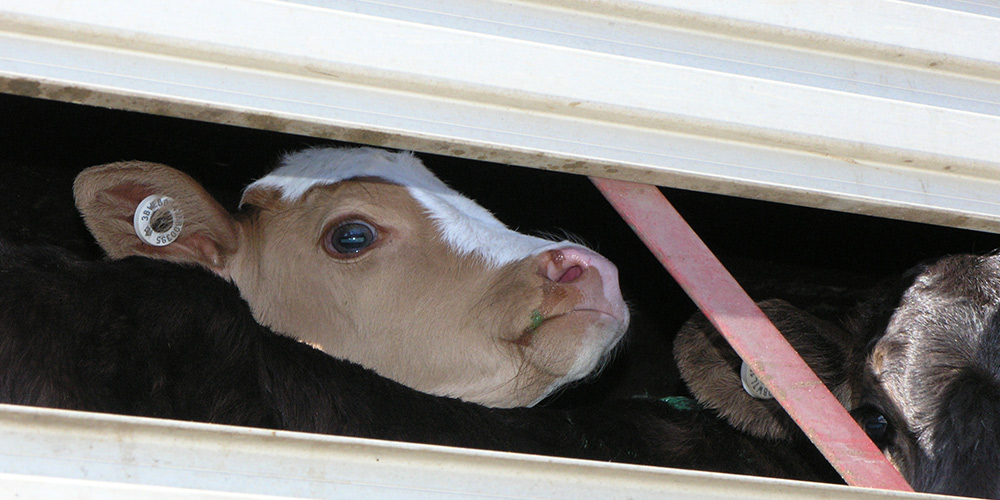 For example, the industry deems it acceptable to withhold food (milk) from five-day-old calves for up to 30 hours before they are slaughtered. This means that calves can be fed in the morning, than transported and kept at the abattoir overnight without any food before being killed the next day. To go without food for such an extensive period of time has an enormous negative welfare impact due to a feeling of hunger next to the already stressful event of transport. Whilst calves normally suckle about 5 times a day, the Australian Standards and Guidelines for transporting animals allow them to go hungry for the last hours of their short lives.

The life of a dairy cow: the strain of producing enormous amounts of milk

The natural lifespan of a cow is up to 20 years, yet few commercial dairy cows live beyond the age of seven years, and many younger animals go to slaughter.

Selective breeding and, more recently, genetic manipulation, has resulted in the selection and production of cows who produce enormous amounts of milk.  The modern dairy cow can produce about 35-50 litres of milk per day—about ten times more milk than her calf would need.

Producing large quantities of milk puts a significant metabolic strain on the animal. The great weight of the udders often causes painful stretching or tearing of ligaments and frequently causes foot problems, such as laminitis. These foot problems can be associated with significant pain. Dairy cattle are also susceptible to infections of the teat and udder (mastitis), which can be very painful.

The milking machine itself may render the cow more susceptible to infection. The front teats may be subjected to vacuum pulsing for up to two minutes after the quarter has been emptied and while the hind teats are still yielding. This is believed to be painful for the cow, and may also weaken tissue. The nature of the vacuum milking process is known to increase the possibility of infection. 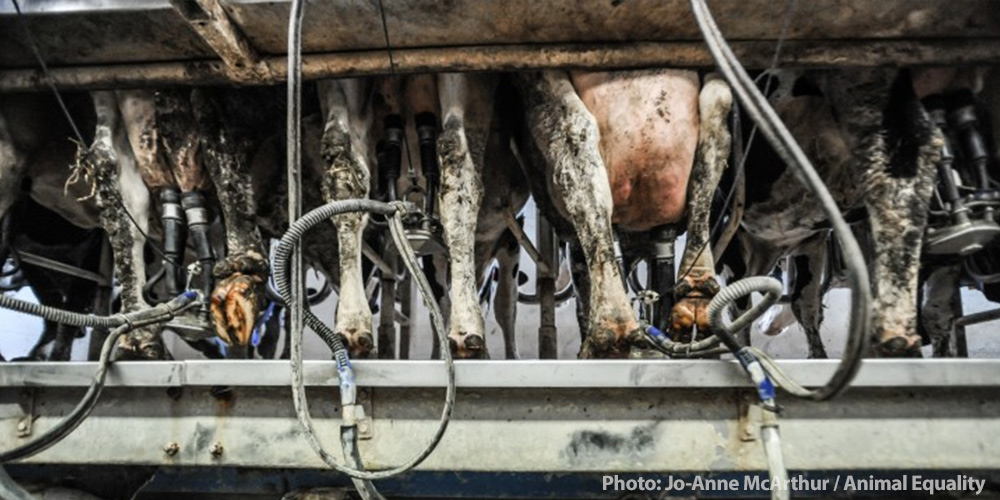 A young female cow (heifer) has her first calf at about two years of age. The calf is usually taken away soon after being born, and the mother is milked to capacity. She is ready to conceive again about three weeks later, and every three weeks after that. She is likely put 'in calf' again at her second or third heat, and milking continues for some 10 months after she has given birth. She is 'rested' for several weeks before the next calf arrives, then the cycle continues for as long as she can continue to produce enough milk to be a "profitable unit".

It's clear that separating a calf from his or her mother causes significant distress and suffering to both animals.

6 things you didn't know about dairy...

To make the arrival of new calves into the herd occur over a convenient time period, some dairy farmers induce labour in a pregnant cow, so that she will deliver her calf earlier than nature intended. They do this despite the fact that it puts the mother at greater risk of infection — and even death. Many calves who are born early are too small and weak to survive. They may be shot in the head, using a captive bolt to the brain; or may be killed using 'blunt trauma' to their skull. Despite the serious welfare problems caused by induction, it remains legal and the industry has not acted decisively to end the practice.

Click here to find out more about what dairy really means for calves and their mums.

Dehorning of cows, disbudding of calves

Dairy breeds of cattle will usually grow horns and in the jostling involved during the herding process for twice a day milking, they may injure other cows. Therefore, heifer (female) calves being raised to enter the milking herd will usually undergo 'disbudding' at an early age (less than 6 months of age). This is usually done by applying heat cauterization to the horn buds, or by using a knife or scoop tool to remove all the horn growth tissues in the horn bud. Currently this painful procedure is done without analgesia or sedation (though pain relief regimes have been developed for this procedure).

If dairy calves are not 'disbudded', older dairy cattle may be 'dehorned'—a painful and distressing procedure that also carries a higher risk of infection and even blowfly infestation in some regions. The Code of Practice recommends dehorning without analgesia should not occur in cattle over 6 months of age—but this routinely occurs (in the beef industry and to some extent in the dairy industry). Pain relief is not routinely used because it would add to costs and time to conduct the procedure.

Consuming adequate amounts of calcium is essential to maintaining strong and healthy bones. Through clever marketing, the dairy industry has convinced many of us that only by consuming lots of dairy products can we maintain healthy bones. Nutritionally speaking, this is not correct. 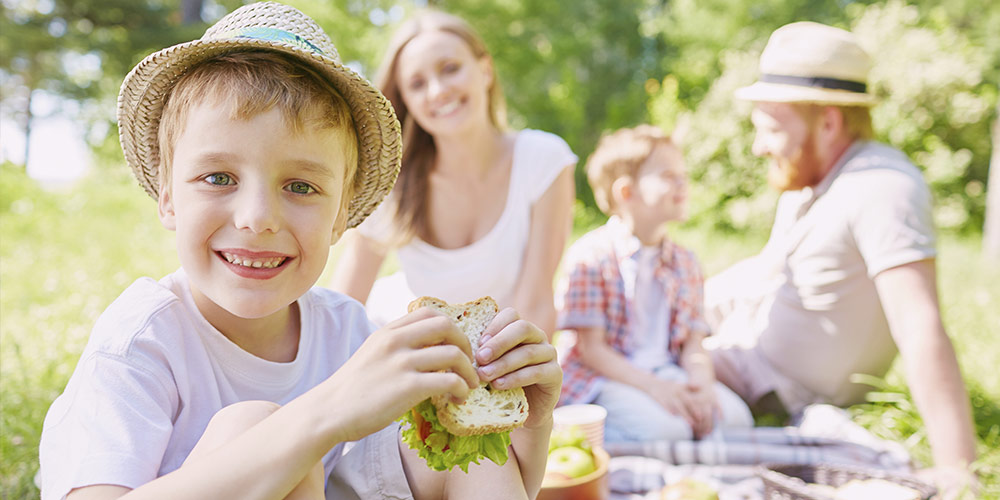 So when you next hear a dairy advertisement tell you that you need calcium for healthy bones, and that dairy contains calcium — think about what they aren't telling you: that there are alternatives that may not only be healthy for you, but also kinder to cows and calves.

Click here for more information on dairy-free recipes and nutrition. 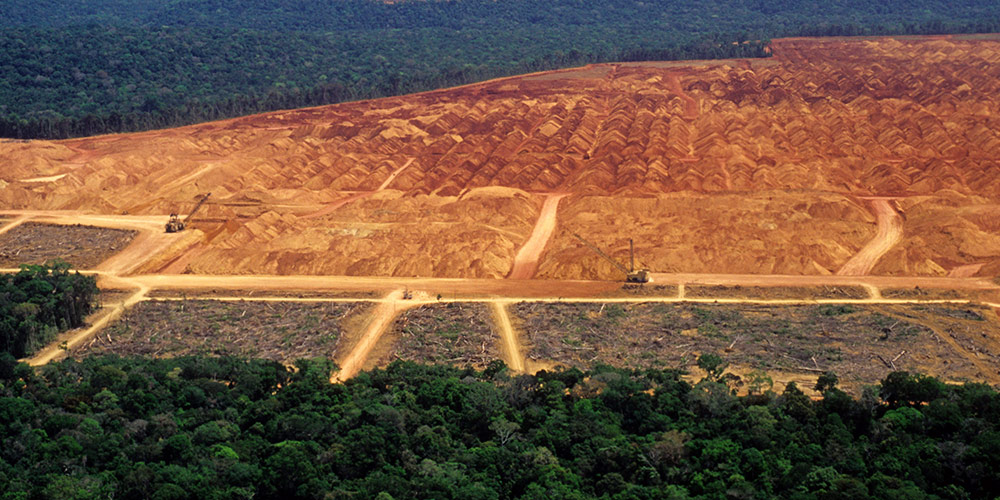 Dairy's impact on the environment

A huge 2018 study from Oxford University published in the eminent journal 'Science' found that avoiding meat and dairy is the single biggest thing we can do to reduce impact on the earth.4

The new research shows that without meat and dairy consumption, global farmland use could be reduced by more than 75% — an area equivalent to the US, China, European Union and Australia combined — and still feed the world. Loss of wild areas to agriculture is the leading cause of the current mass extinction of wildlife.

The new analysis shows that while meat and dairy provide just 18% of calories and 37% of protein, it uses the vast majority — 83% — of farmland and produces 60% of agriculture’s greenhouse gas emissions.The Guardian, 31 May 2018

1 in 6 Aussies are thriving dairy-free

It's no surprise that more and more Australians are choosing to enjoy kinder calcium-rich dairy alternatives. Find out more.

Keen to enjoy food that's kind to cows and calves?

Get dairy-free inspo with our free veg starter kit — full of tips and recipes.