Images from our landmark eight-month investigation are reaching millions of people. For the first time, the suffering of a helpless bull awaiting slaughter — sprawled on his back, legs stretched taut by ropes — is being witnessed by people who want to help. The panicked cries of another, blindfolded and chained by his neck to a tractor, are no longer going unheard.

The result has been explosive. News stories about this investigation have run in countries from Slovakia to Brazil — on TV, radio, online news and social media. Here's just a selection... 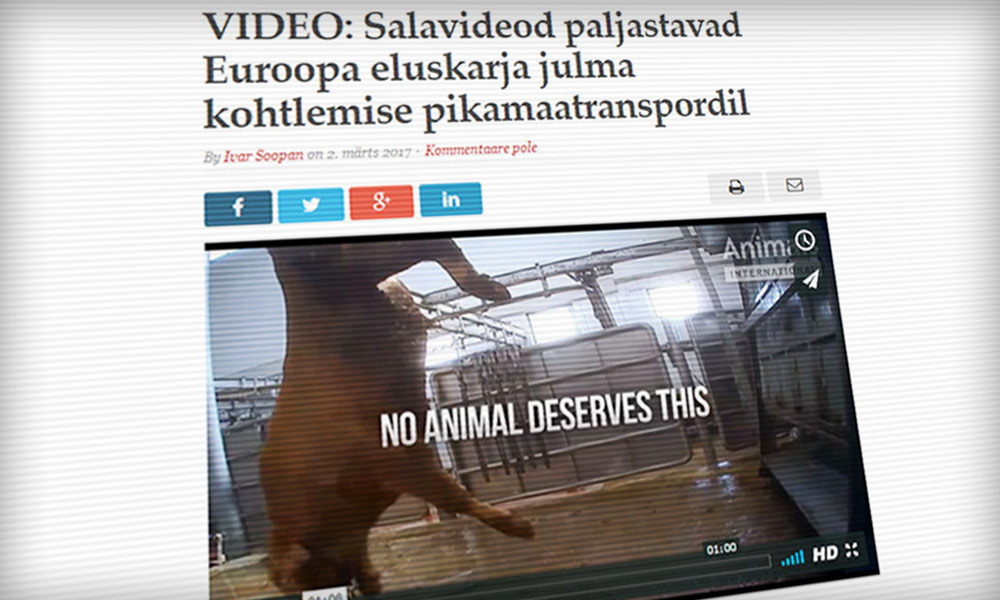 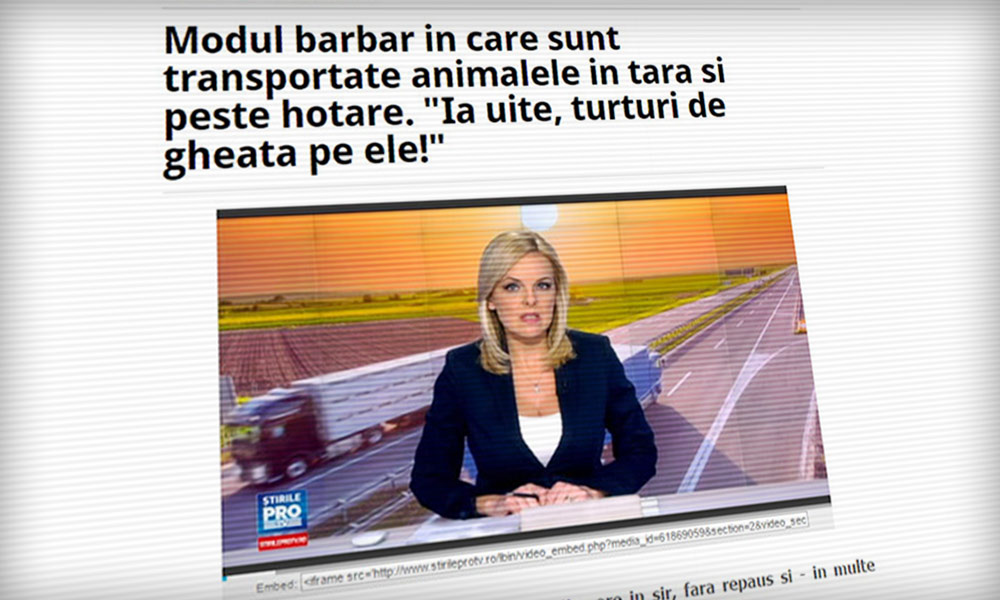 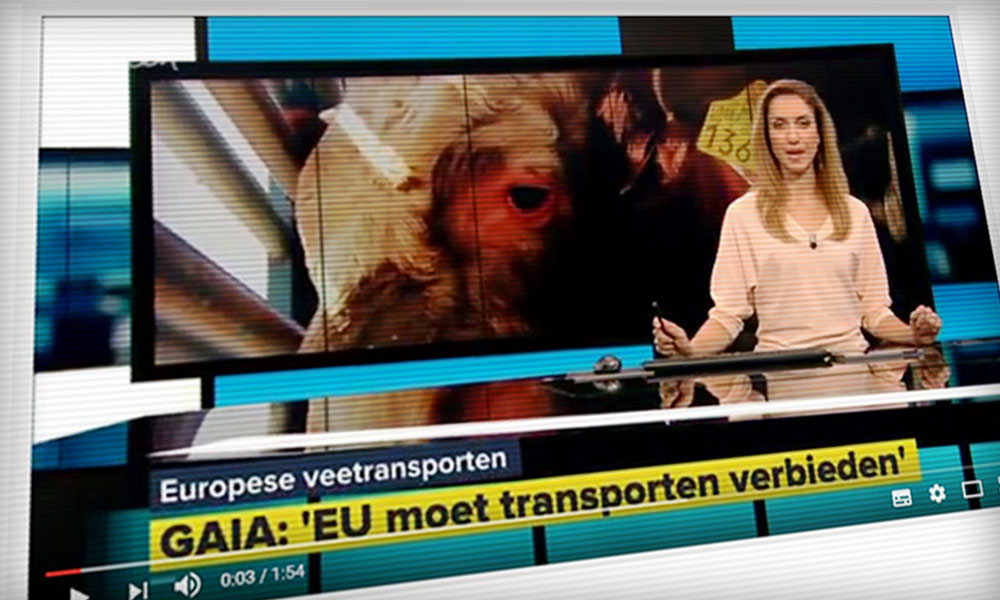 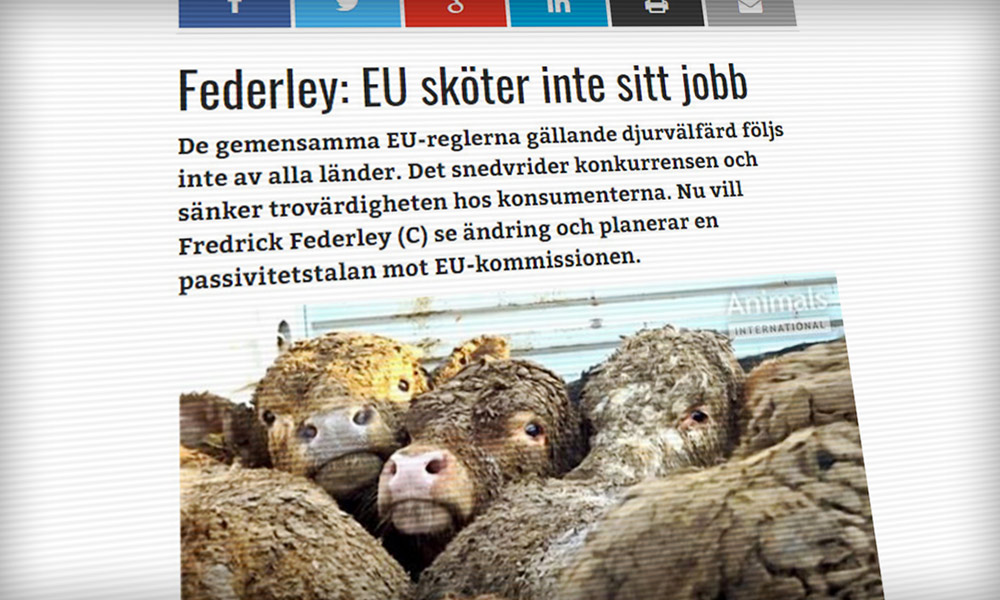 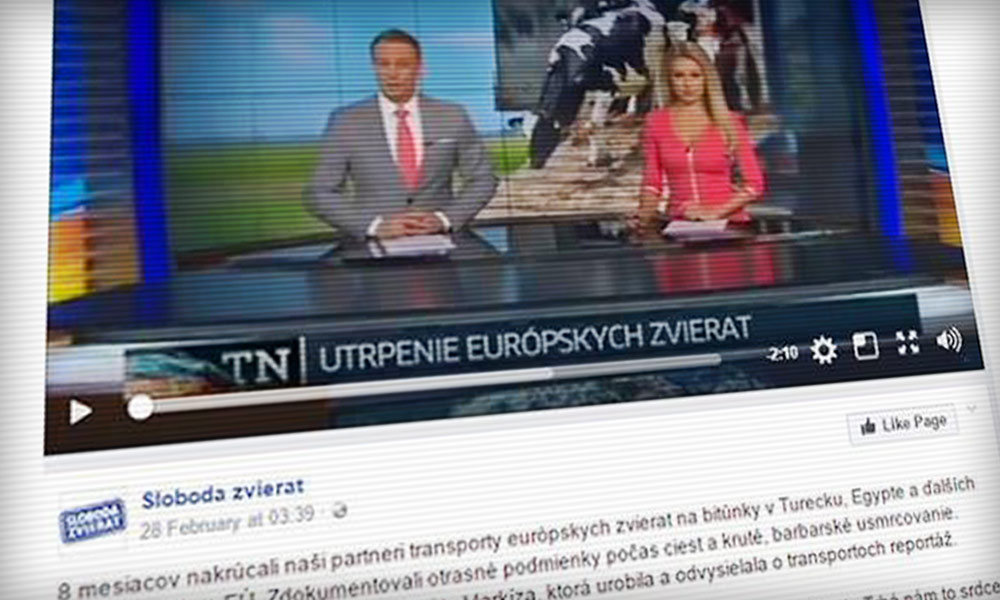 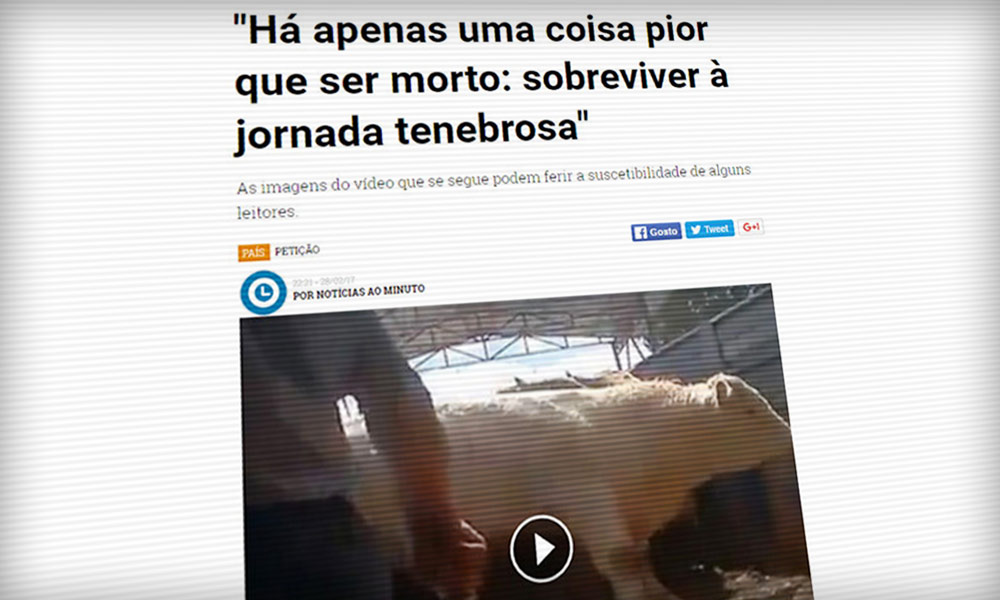 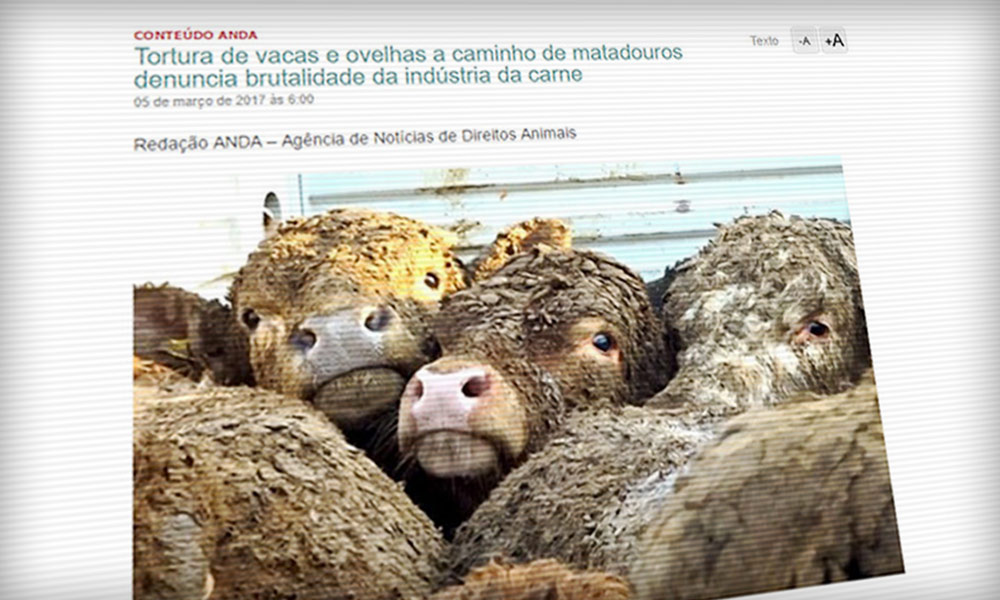 Animal advocates in Europe and the UK have fought tirelessly for years to expose the torment of sheep and cows forced to endure long truck and ship journeys across the continent. More than 1,000,000 people have already called on the European Commission to end this brutal trade.

One thing is certain: without brave investigators putting themselves at risk, this abuse would have remained hidden. These extraordinary people from many countries and all walks of life have given a voice to the voiceless.

These shocking revelations should be the final frontier for the European commission to take this seriously. We need EU strategy on this issue. Better law enforcement, agreement with supervision on slaughtering practices, with the goal of ending the transportation of living animals for slaughter to third countries.Sirpa Pietikäinen, Finnish MEP and president of the European parliament's Intergroup on the Welfare and Conservation of Animals

There are other important signs of progress, too. Late last year we revealed the traumatic shipping of baby calves from Romania to Israel — galvanising compassionate Romanians, who flooded their political representatives with demands to act. The impact on the importing end was no less powerful: with Israel ultimately freezing live animal imports from Romania. The outcome? More than 170,000 sheep and calves will be spared this cruelty.

For more than a decade, our investigators have worked to bring to light the systemic abuse of animals exported live overseas. Whether an animal is born in Australia or elsewhere, the fear and pain they suffer in live export is just as real. And millions of cows, sheep, goats and other animals are sent on these international death journeys each year.

Even as this cruel trade extends across the world, so too does our watch. Through Animals Australia's global arm, Animals International, we go where animals need us, wherever they are. If you would like to personally ensure our investigators can continue this vital work for animals, any support you can provide will be put to strategic use.

More than 100,000 people are already defying the death ships. Will you join them?

Help save even more animals!

Live export is just one part of the problem. At a time global health experts are urging people to eat less meat to combat chronic diseases, live exporters are actively encouraging increased meat consumption by pushing more animals into more countries. But your choices are powerful. Together we can defy this trade and its goals by joining the ever growing list of people who are eating compassionately.

Our free Vegetarian Starter Kit is packed full of tips and recipes to make kind eating simple. Grab yours now!