She's put on to a truck. The truck drives her to a port, with all its unfamiliar sounds and smells, and she's loaded onto a huge ship to be sent overseas. She's exposed to all the risks of live export — while pregnant.

Public outcry about the terrible abuse of Australian animals in overseas slaughterhouses forced reforms on the live export industry (known as ESCAS). But animals exported for breeding or dairy purposes — including cows, sheep, buffalo and goats — are excluded from even these most basic rules and protections.

The Australian dairy industry exports 90,000 Australian dairy cows live each year, for their milk and to build up overseas dairy herds. Most of these sensitive young animals are pregnant during the voyage. Denied even the basic protections that have been extended to animals exported for slaughter, these 'forgotten animals' are left utterly exposed to cruelty once they reach the importing country.

This can have devastating consequences, as it did for Australian dairy cows who perished of thirst and malnutrition on a property in Qatar — where thousands of Australian sheep had already died from heat stress and starvation. No one was ever held accountable for their agonising deaths.

More recently, a government-backed deal to set up dairy farms in Sri Lanka turned into a human and animal welfare disaster, resulting in hundreds of cows dead and many more emaciated and sick with disease. Local farmers, who were promised nutritional advice and technical support by Australian export company Wellard, reported that they they were left struggling to care for their animals — and their own families.

And in 2018, shocked locals near a Victorian port were horrified when they witnessed a live export ship swaying dangerously while attempting to sail out to sea. The converted cargo ship was rocking violently with more than 4,000 pregnant dairy cows on board.

In 2018, more than 4,000 pregnant cows were trapped on this dangerously unstable live export ship as it attempted to leave Portland, Victoria.

A 2013 government review stated that extending breeding animals even the minimal protection expected for animals exported for slaughter would 'outweigh the value of the trade'. In other words: a less-cruel trade wouldn’t be profitable. 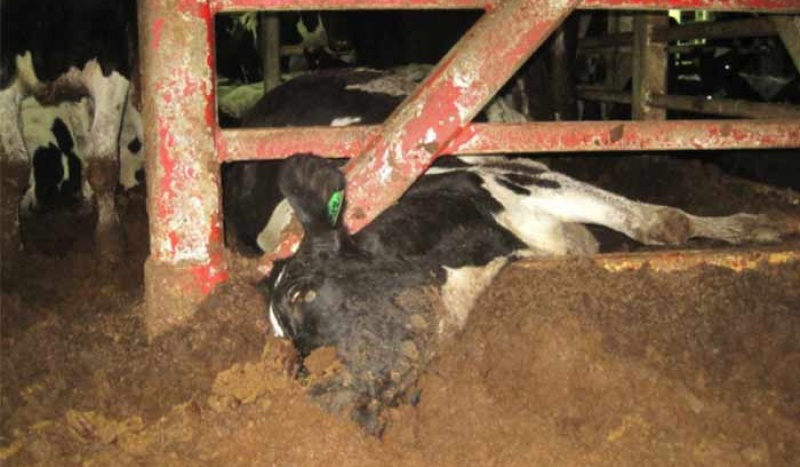 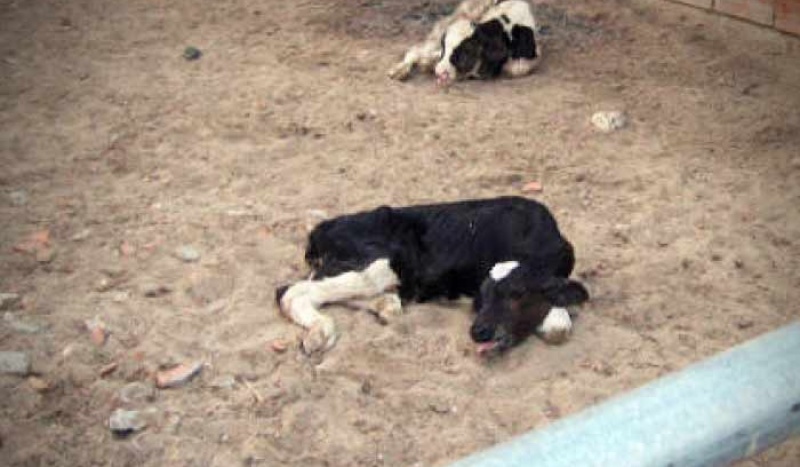 How to help dairy cows today:

BREAKING: Tragically, a live export ship carrying 5,800 pregnant dairy cows from new Zealand to China is now missing after sailing into a Typhoon. All of the animals are presumed drowned. Now is a vital time to join the calls of our friends at SAFE to permanently end all live animal exports from New Zealand:

Speak up for dairy cows »

Live export only makes dairy crueller. Learn how the dairy industry hurts cows and their calves, and help create a bright future for them by joining the growing number of Aussies enjoying delicious dairy-free foods.