2020 has been a rough year so far for lots of people and animals. We've faced "megafires", a global pandemic, and ongoing lockdowns. But even in these challenging times, good things keep happening. Here are 10 good news stories to brighten your day: 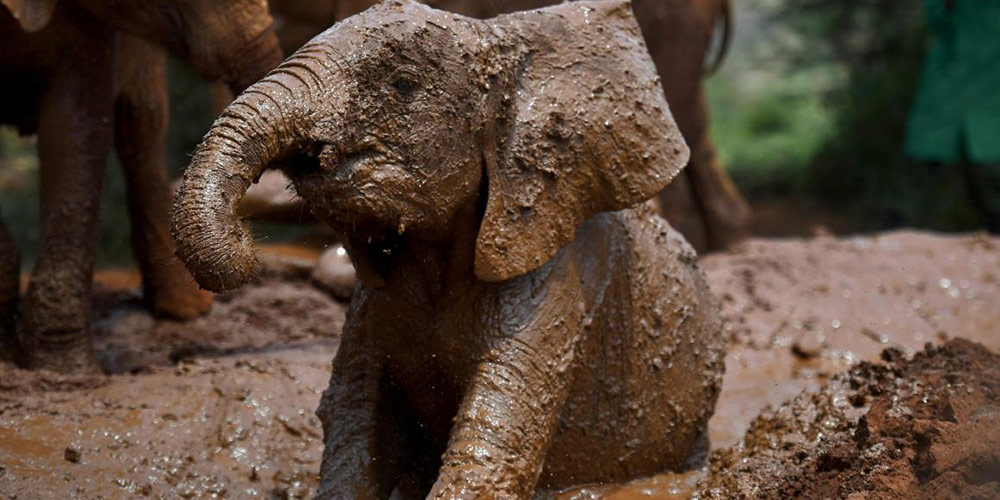 Kenya's famed Amboseli National Park has experienced an elephant “baby boom” with a record 140 newborns this year, including twins, and more on the way — very welcome for animals who face pressure from climate-change related drought, habitat loss and poachers.

“It seems baby elephants are falling out of the sky,” Cynthia Moss, of the Amboseli Trust for Elephants, said. “Every time our team goes out they find new calves.” 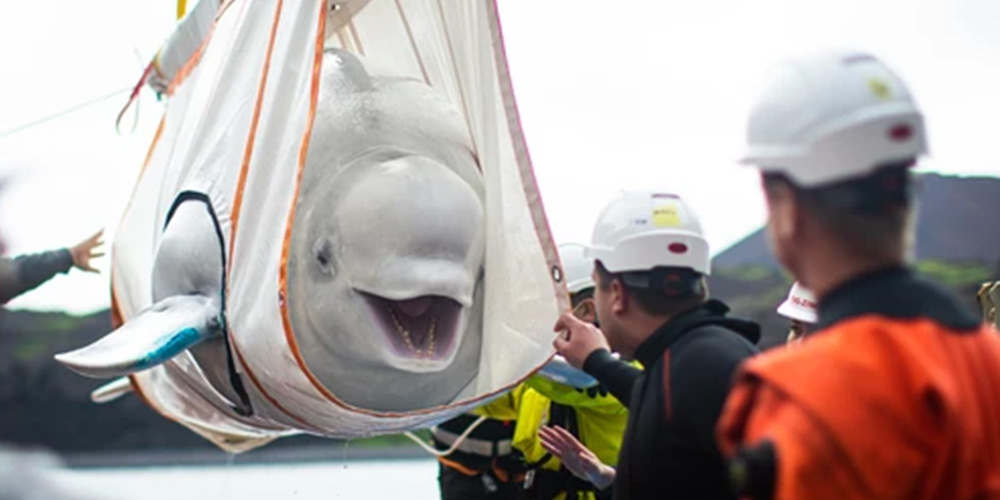 Two beluga whales have been rescued from an aquarium in Shanghai and moved to a sea sanctuary. After years in captivity, Little Grey and Little White finally found a new home in Klettsvik Bay, Iceland this year.

The two whales were caught at a very young age and, after spending time in a research centre in Russia, in 2011 they were moved to the Changfeng Ocean World aquarium where they were made to entertain visitors by performing tricks in a show. But soon, thanks to their rescuers, they’ll be ready to be released back into the wild where they belong. 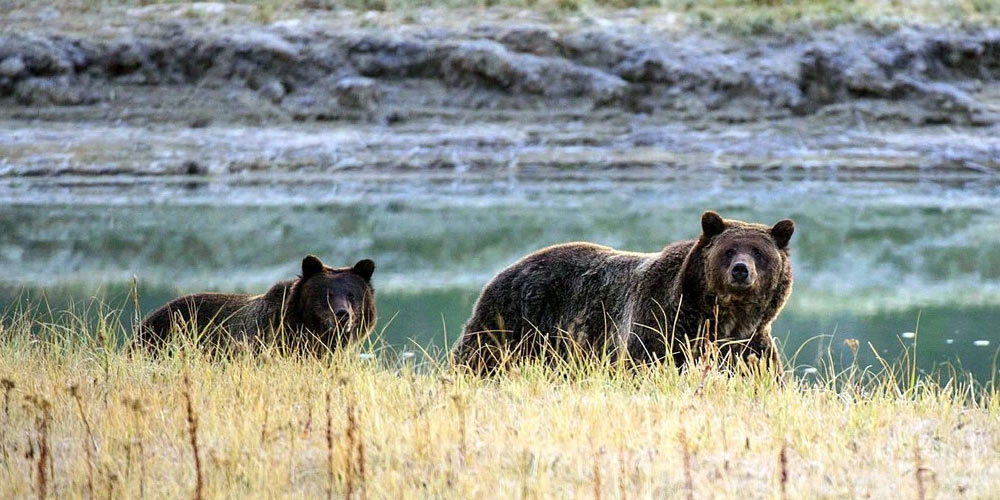 A US Federal Court has ruled that trophy hunting of Grizzly bears in the Yellowstone area is illegal — meaning 700 bears and cubs are now safe from shooting and can settle in for winter hibernation in this stunning landscape.

Bonus good bear news: For some fun videos and lots of fascinating facts about brown bears at Katmai National Park in Alaska, check out the annual Fat Bear Comp. It celebrates individual bears and highlights their amazing transformations due to single-minded salmon fishing before the cold weather hits. 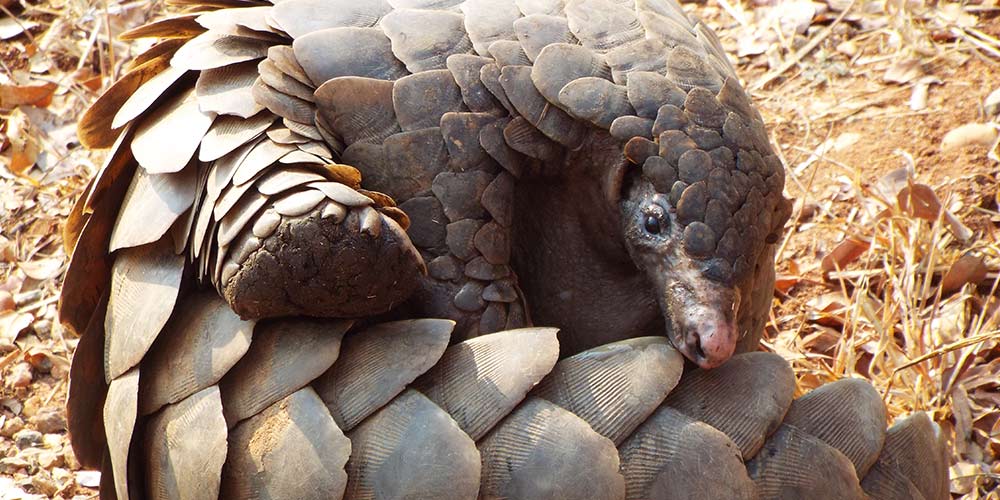 Vietnam has cracked down on the illegal wildlife trade — banning all imports of wildlife and wildlife products to reduce the risk of new pandemics. The move also bans wildlife markets for such items, including online sales.

A directive issued by the country’s prime minister, Nguyen Xuan Phuc, halts the trading of wild species, as well as animal products such as eggs, organs or body parts. It also calls for tougher action against people involved in illegal hunting, killing or advertising of wild animals. 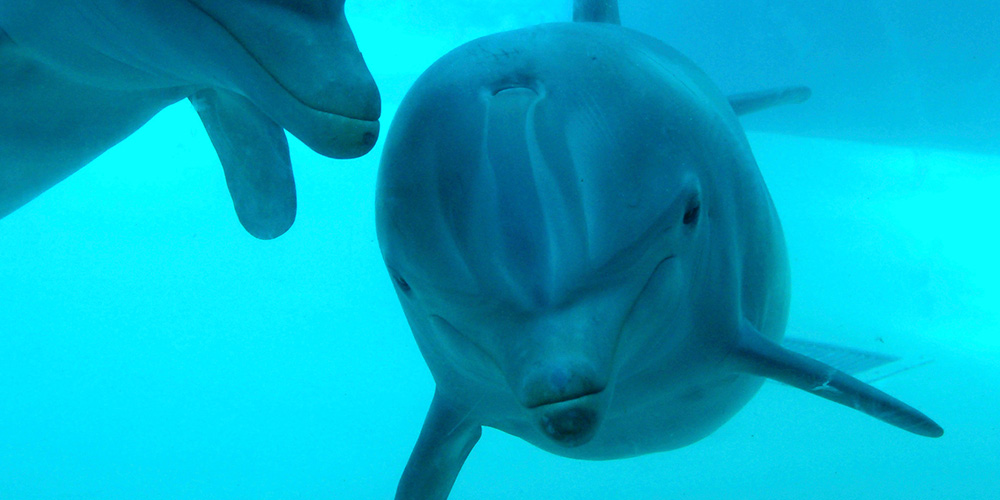 A dolphin sanctuary has been established in Bali to rescue and rehabilitate dolphins used for entertainment. They have already saved three dolphins and hope to set up more sanctuaries across the world to help release dolphins back to the wild where possible.

Enjoy a video of wild dolphins jumping for joy: 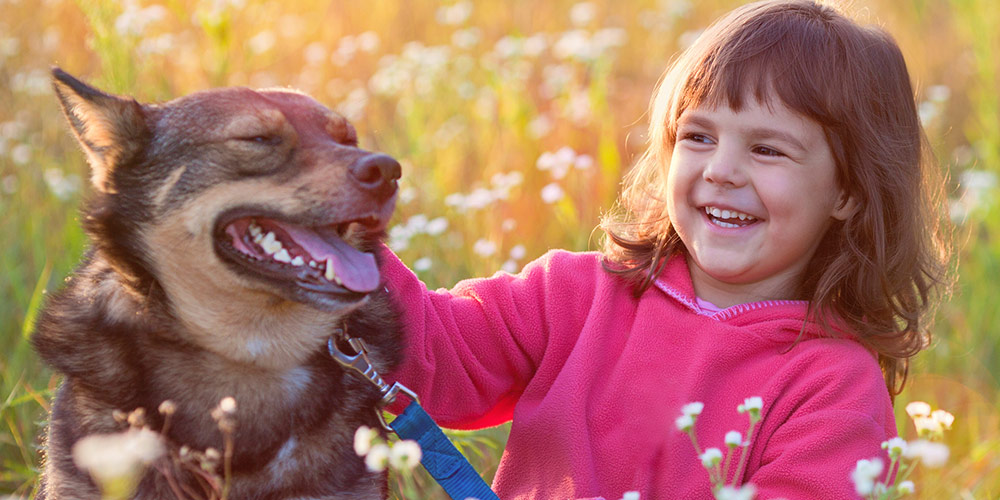 Australian scientists have found evidence of what many animal-lovers have felt sure of for years: a canine family member can be beneficial for a child's emotional and mental growth.

While of course bringing a dog into your life is a serious commitment, this finding is just one more reason to consider adopting a new best friend! 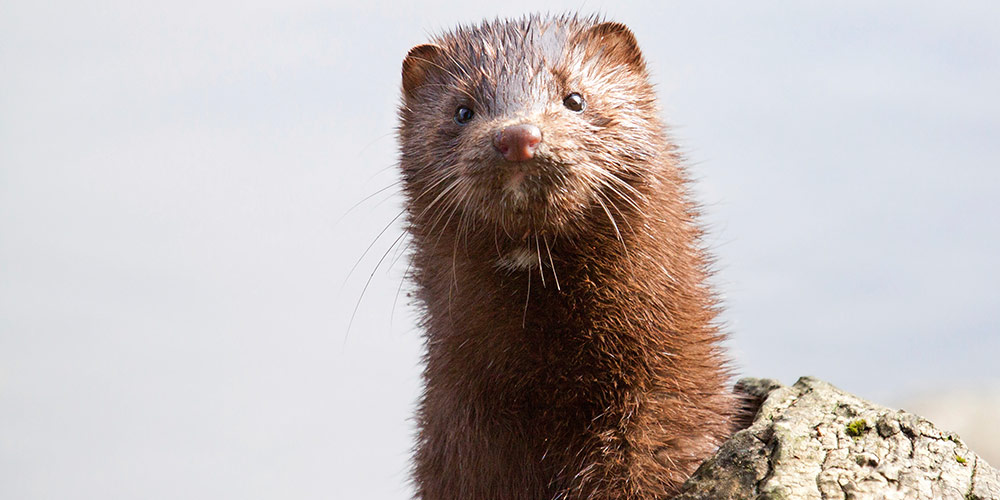 All mink fur farms will close in the Netherlands by March 2021 — sparing millions more animals from suffering for the sake of ‘fashion’.

Bonus good fur-free news: Poland is the world’s third-largest fur producer... and their Parliament has just voted to end it. The draft law has been approved in The Sejm — the lower house — and will now be voted on in the Senate before being signed by the President. If successful the law would spare eight million animals including minks, foxes, and raccoon dogs from the cruelty of fur farming. 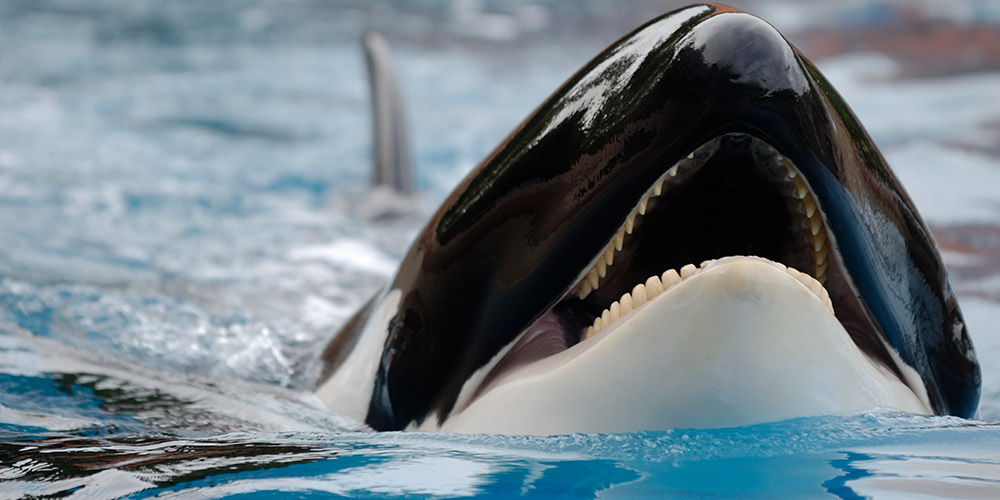 France's environment minister has announced an end to the use of wild animals in travelling circuses and on keeping dolphins and orcas in captivity in marine parks.

“It is time to open a new era in our relationship with these animals,” Minister Barbara Pompili said, also confirming that people currently working in these industries would receive government assistance to find other jobs. 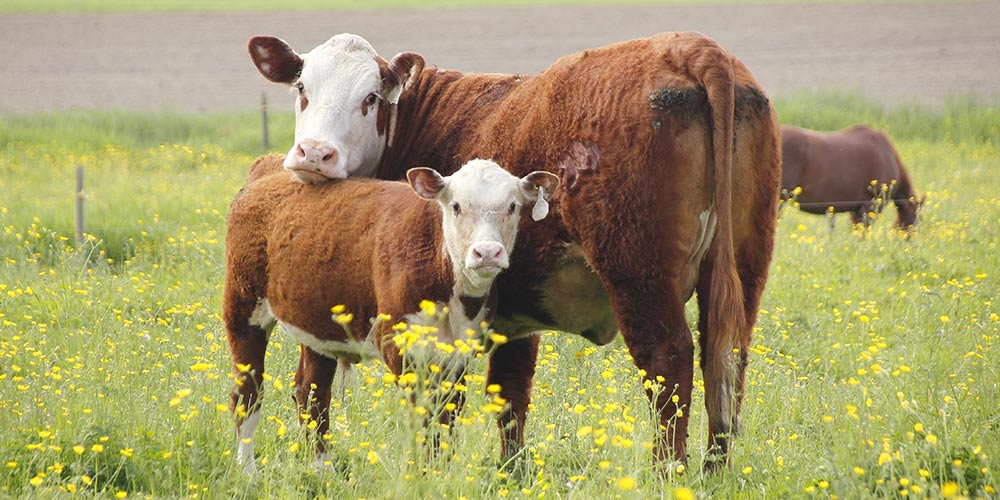 A former dairy and beef farmer in the US has transitioned to producing oat milk — which is great news for animals and the planet. His inspiring and heart-warming story has been turned into an award-winning short film and is a must-see for animal lovers, '73 Cows'. You can watch '73 Cows' here or check out the trailer below. 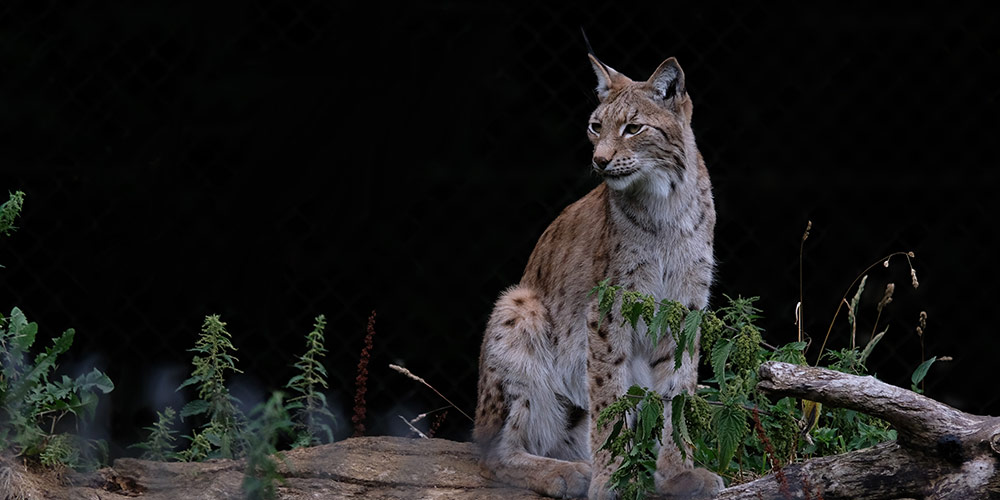 250,000 hectares of Britain’s most intensely farmed land could be handed back to wildlife. There are even hopes of reintroducing beavers, lynxes and pelicans back to the area.

WildEast aims to dedicate the huge area to wildlife over the next 50 years while also working with schools to support children’s understanding of wildlife and creating an accreditation system to boost wildlife-friendly farmers.

Although the world is full of suffering, it is also full of the overcoming of it.Helen Keller

Plus, native animals in Australia like Kevin are getting a helping hand:

Wildlife carers in Aus are banding together through lockdowns after the bushfires to do all they can to help the next generation of native wildlife in need — like Kevin.

Thank you for helping create a kinder world

As all these good news stories illustrate, compassionate people like you are changing the world for animals each and every day. Because no matter how bad things get, good things keep happening — and hope is everywhere.

More in this section

Cute animal pictures are good for your brain: SCIENCE

Restore your faith in humanity in 4 minutes flat