Wombat the pig made a daring bid for freedom — likely on the way to the slaughterhouse. Now she lives the life she deserves, thanks to our friends at Greener Pastures Sanctuary in Western Australia.

In the darkness of a night-time country highway, one young pig took a huge leap of faith. She jumped from a moving truck; an act that most likely saved her from meeting a grim fate at an abattoir. As the truck disappeared, sadly carrying other animals onwards, a kind person stopped to help.

From an inauspicious start, this young pig struck it very lucky indeed! She's now safe and loved for life at Greener Pastures Sanctuary in Western Australia. She's called Wombat — a super-cute name that we think suits her to a T.

Five-month-old Wombat came to us from Mandurah Wildlife Rescue. They have been very kindly nursing her back to health after her rescuer saw her leap for her life (literally) from a truck driving down a highway at night. She sustained a fracture to her snout, eye socket and had very serious internal injuries. So serious they say they very nearly lost her that night. Besides a bit of a crooked nose she is now in perfect health and has the sweetest nature.Rachael, Greener Pastures Sanctuary

Wombat spends her days at Greener Pastures hanging out with friends — of the human and animal variety — having fun, eating, snoozing, playing and blissfully blowing bubbles in her mud wallow. 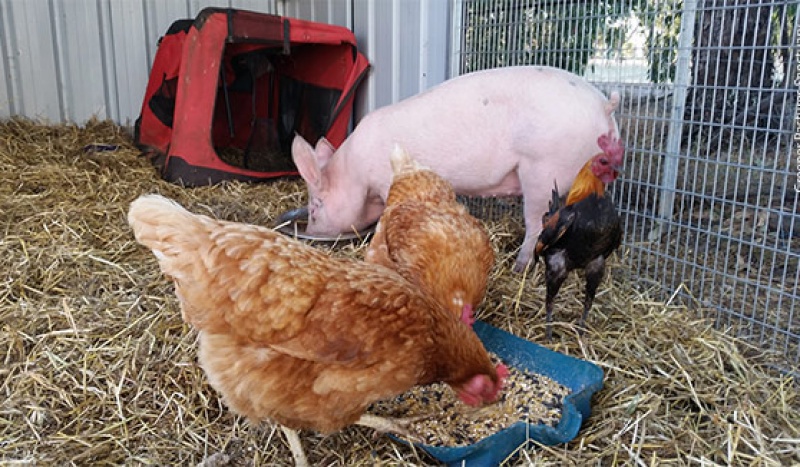 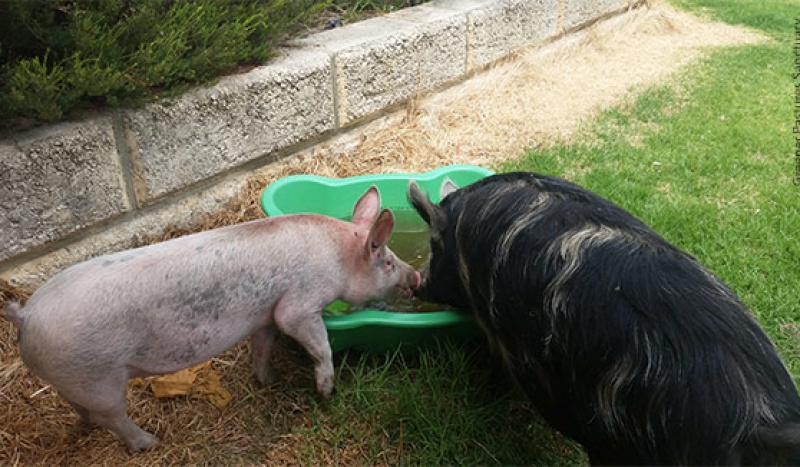 How to help Wombat — and other pigs in need What if bacon was advertised truthfully?

5 things we could all learn from pigs

The piglet who took fate into her own hands!