How COVID-19 is linked to the way we treat animals

SARS, swine flu and COVID-19 all have something in common: these viruses crossed to humans from animals. "Wet markets", factory farms and slaughter practices are pieces of the puzzle — globally. So how can we reduce the risk of future pandemics, to help people and animals?

The issue of animal-to-human transmission of disease (zoonosis) sadly isn't a new one.

While COVID-19 seemingly originated from the wet markets of Wuhan, China, where "exotic" animals like bats and pangolins are slaughtered to be eaten alongside others like fish or chickens, we have seen many instances of animal-borne diseases over the years from various parts of the world.

From swine flu to "Mad Cow", avian flu, SARS, MERS and Ebola, among others — there is a strong case that the treatment of animals in our broken food systems is a major factor in the spread of new diseases on a global scale.

We have already seen positive change for some animals amid this outbreak of coronavirus. The Chinese Government is said to be making amendments to legislation, comprehensively banning the illegal wildlife trade and prohibiting the consumption of wild animals listed by law, (an action also taken in response to previous novel virus outbreaks).

Vietnam is also seemingly following suit, with the country's Prime Minister requesting a directive to cease the illegal trading and consumption of wildlife. This will likely result in a clampdown of street markets, prosecutions of online traders and, undoubtedly, put pressure on farms throughout the country with known links to the illegal wildlife trade.

What makes wet markets different from grocery stores is not only the large diversity of animal species that are sold, but also the way in which many are kept on display, to be butchered on site on the customers' request. Cages and stand spaces are so limited that animals are mostly crammed into tight spaces, piles and shelves, where lower levels are constantly flooded with the droppings of upper ones.

Wild animals (such as turtles, bamboo rats, badgers, hedgehogs, otters, civet cats, snakes, bats, pangolins) might have been taken directly from the wild, but more often they are raised in the numerous farms run by family enterprises.Schuck & Alonso, 2020


Factory farms are part of the problem

The health risks of diseases like COVID-19 are not only due to wet markets with exotic animals, or wildlife consumption, but also crowded and often squalid conditions that animals face in industrial farming systems in countries across the globe, including Australia.


Intensive animal farming systems, also known as factory farms, have indeed created the perfect breeding ground for the emergence of highly pathogenic viral strains, along with the ideal conduit for the infection of human beings.Schuck & Alonso, 2020 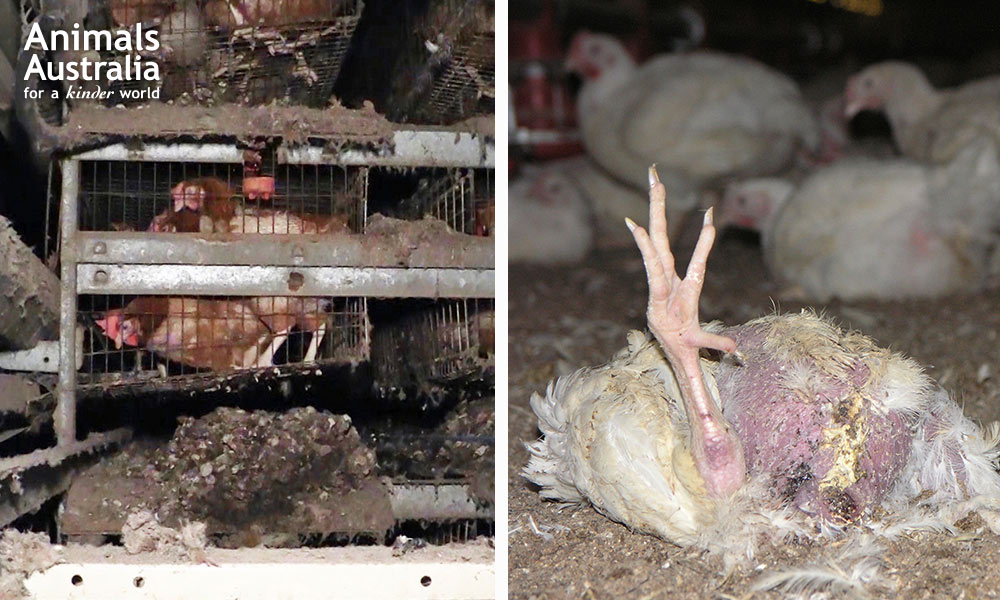 Right now, hundreds of millions of Australian chickens are trapped in cruel battery cages and suffering or dying in 'meat' farms.

Because while it might seem shocking to some Australians to think of eating animals like bats or pangolins, or the cruelty of wet markets, we have also been raised in a society that has normalised the hidden suffering of sensitive, intelligent animals like pigs and hens in the metal and concrete of factory farms — and, all too often, devastating slaughterhouse cruelty.

Cramming large numbers of animals together in confined, closed spaces; high levels of aerial pollutants like ammonia and faecal dust; close contact with other sick or dead animals; and fear and stress causing a suppressed immune response all combine to create a toxic cocktail of disease risk in factory farms.


The high densities and sheer number of animals kept in intensive animal farming systems, where most of the pig and chicken meat sold to the population is produced, has enabled different strains of avian influenza to mix up in the same cells and combine their genetic material (a process called antigenic shift), which time and again has led to the emergence of viruses that can also infect humans.Schuck & Alonso, 2020


And alongside dangerous viruses, the growing global threat posed by antibiotic-resistant bacteria, or superbugs, is exacerbated by the use and misuse of antibiotics in animal agriculture, especially factory farming.

There is even a disturbing link globally between factory farming and wildlife-pathogen transmission to humans, when industrial farming pushes into the habitat of wild animals, bringing people into unusual contact with them, or forces subsistence farmers into farming 'wild' species through undercutting prices.

Settle in and discover more

In his compelling presentation — Pandemics: History & Prevention — Dr Michael Greger, M.D. FACLM, tells us how to treat the cause by preventing the emergence of pandemic viruses in the first place.

Medical historians have called this age in which we live The Age of Emerging Plagues. Almost all of which come from animals.

What has changed in recent decades to bring us to this current situation? Well, we are changing the way animals live. ...

[Factory farms] represent the most profound alteration of the human-animal relationship in 10,000 years.

And, no surprise, they are breeding grounds for disease.

You can watch this powerful talk at Dr Greger's NutritionFacts.org website, or right here:

We can make kinder — and healthier — choices

There is no simple answer to how we can reduce the risk of future pandemics, but a global shift towards safer and kinder food systems can be part of the solution, for people and animals alike.

Choosing plant-based and sustainably grown foods whenever possible is one thing we can do as individuals while the global community faces this crisis, and into the future — for animals, the environment and ourselves.

This gives us an opportunity... to question our lifestyle choices — because chicken isn't cheap if it costs a million lives — and... hold agribusiness to higher standards of ecological, social and epidemiological sustainability.Rob Wallace, The Guardian, 29 March 2020

Get started with plant-based eating

Join 1 in 3 Australians in cutting out or cutting back on meat, and discover a whole new world of delicious meals that are good for you, animals and the planet. 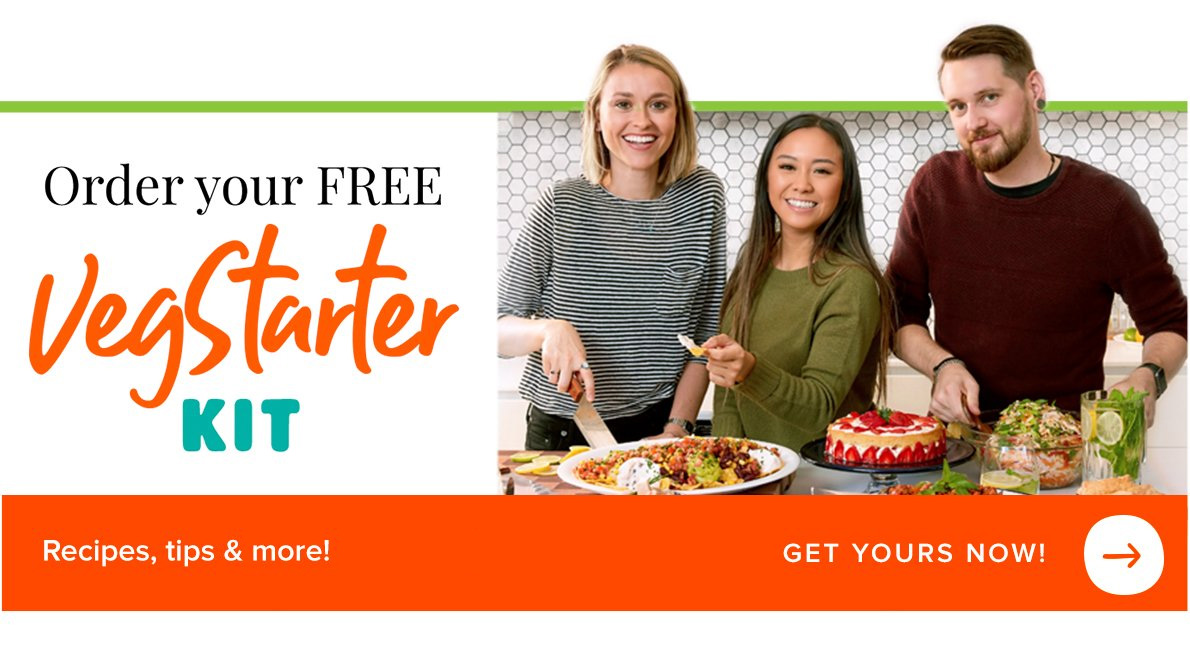 How COVID-19 is linked to the way we treat animals

Looking after yourself and others during COVID-19

Zoonotic disease and the use (and abuse) of animals

The zoonotic disease burden in Australia