Animals aren't the only victims of live export

Live animal export is putting humans and the environment at risk

The cruelty inherent to live export is well known. From grueling sea voyages to painful fully conscious slaughter, animals suffer at every stage of the journey.

But live export is not only bad for animals. This cruel trade is also devastating the environment and putting people at risk ...

Hundreds of tonnes of sewage can be produced everyday on a live export ship full of cattle. Unlike passenger ships which use black and grey water systems to treat waste, live export ships pump untreated sewage directly into the ocean. 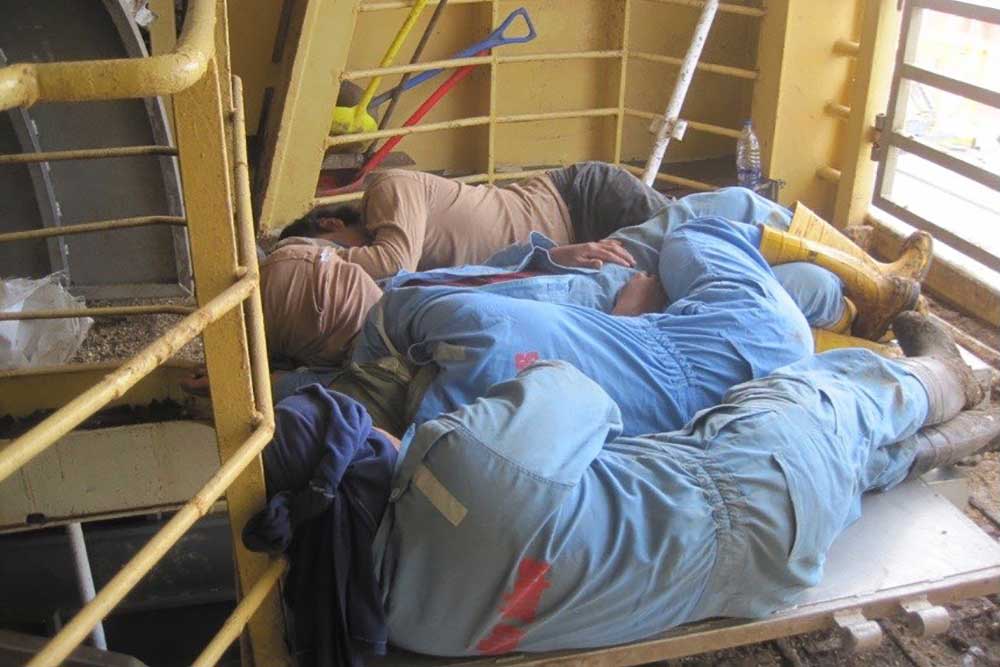 It's the human toll of live export that really shocked experienced live export vet, Dr Lynn Simpson, during her years at sea.

What shocked me most was the disregard for humanity and the poor conditions that many seafarers are forced to endure. Some companies seem to see seafarers as expendable, as confirmed by so many pirate hostages with no ransoms paid.Dr Lynn Simpson, livestock veterinarian

On top of a poor quality of life, humans (and animals) on board face serious health and safety risks. Ammonia levels on live export journeys are not monitored and with thousands of animals on board they can reach potentially dangerous levels.

Live export poses health risks for citizens of the importing country as well. The high stocking density of a live export ship, combined with the long and arduous journey, increases the chance of animals becoming infected with Salmonella or E. coli. Add to this the reality that many animals are slaughtered in slaughterhouses that would fail basic hygiene audits to ensure that meat is fit for human consumption. 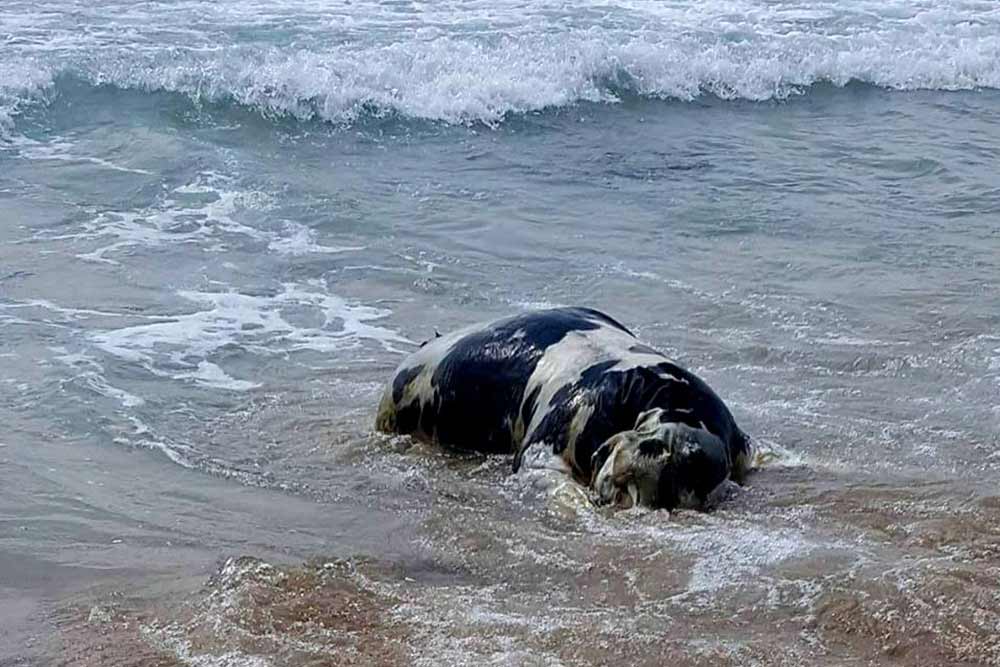 A cow washed up to shore — a common sight in Israel. IMAGE: Israel Against Live Exports.

Every year, tens of thousands of animals who die on board live export ships are disposed of at sea, either as whole carcasses or as bone and blood after being passed through a grinder. The potential impacts of this to our fragile ocean ecosystems are as yet unknown but the Western Australians for Shark Conservation (WASC) suggests that this could be having a serious impact on the migratory patterns of sharks.

Evidence suggests that a shark's sense of smell is so heightened that they can detect one part blood in a million parts water. As such, blood is commonly used by marine biologists and cage dive operators to attract sharks (a practice called 'chumming'). When live export ships churn up dead animals and expel them, they are effectively chumming the water. Sharks can enter a frenzied state at the smell of blood as they search for the source. WASC suggests that the disposal of animal remains from live export ships may be connected to an increase in human and shark interactions along the coast of Australia.

Live export is bad for animals, bad for humans and bad for the environment. Join thousands of caring Aussies in calling for an end to this cruel trade.