The world is rapidly shifting towards plant-based food. Sign up to try vegan in January.

The growth of people eating vegan food has boomed in recent years. A GlobalData report found that a massive 70% of people worldwide are eating less or no meat, and more plant-based meals! And this consumer shift towards plant-based eating is changing the way restaurants and supermarkets view plant-based food. Between 2014 and 2016, the number of vegan food products launched in Australia grew by 92%.

Based on its growth in recent years, Veganuary, a campaign which supports people through a month of eating vegan food in January, is expecting 300,000 people to sign up for Veganuary in 2019!

After surveying participants in 2018, Veganuary found that most respondents felt that their energy levels had improved, and that they found it easier to eat vegan than they had expected. And with recipes, tips and meal plans provided, there's no easier way to try plant-based eating. Sign up for Veganuary today to take part.

It's no surprise that more and more people are replacing meat meals with vegan ones when you think about all the great benefits that go along with it. Here are our top 5 reasons to love plant-based food: 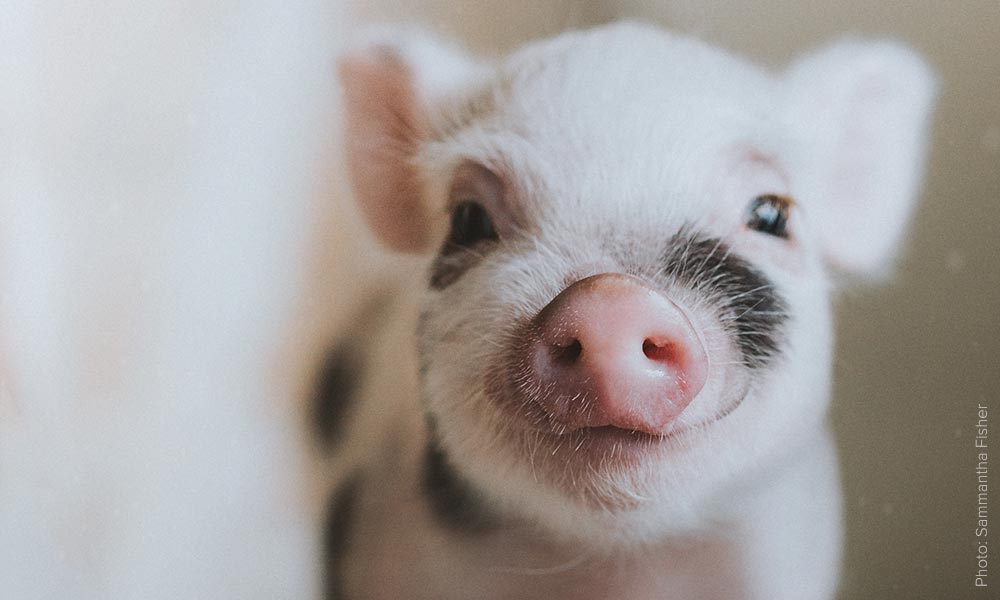 When we hear statistics about the millions of animals farmed for food, it can be difficult to grasp the fact that each and every one is an individual. Just like a cat or dog, a pig, cow or chicken each has a unique personality.

If you've ever gotten to know an animal, it's not hard to imagine the suffering they would experience inside a factory farm, the stress of being packed onto a truck, and the fear of being lined up at a slaughterhouse.

Choosing plant-based meals is a way to spare animals from being born into systems of cruelty for meat, eggs and dairy and to be part of the demand for a world where animals are treated with kindness and respect.

Meet some animals who were spared from becoming someone's meal: 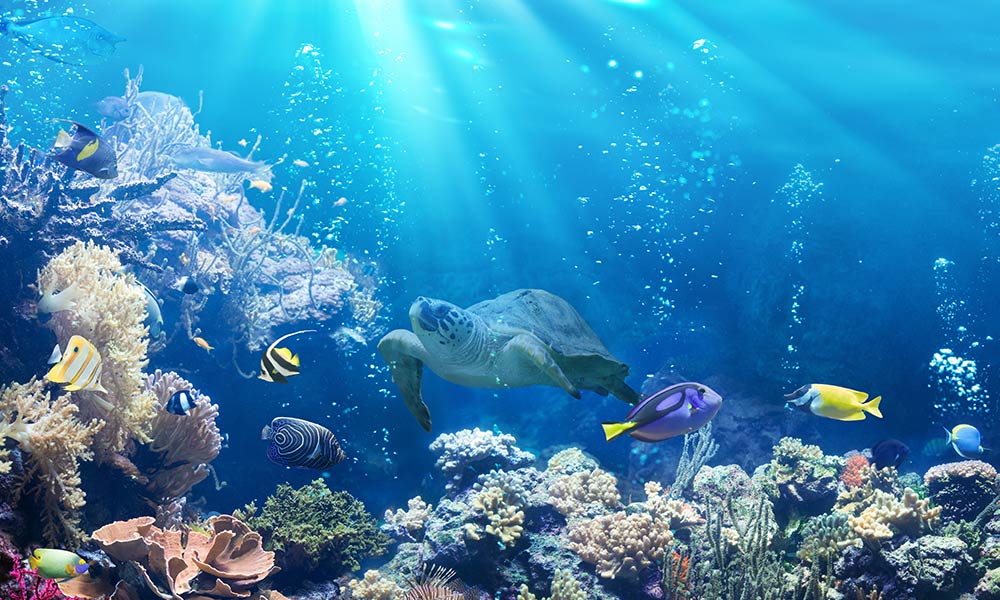 Whether you measure by water use, rainforest clearing, emptying oceans or greenhouse gas emissions, plant-based food is more sustainable than meat in every way possible. Here's just a few quick facts:

Taking part in Veganuary is a great way to be part of a movement towards a cleaner, healthier planet.

Research has found that 60% of fish, birds, mammals, reptiles and amphibians have been wiped out in less than 50 years. The biggest threat to wildlife: us. And more specifically, how we produce food. According to WWF, the greatest causes of wildlife loss are land clearing, primarily for cattle grazing and to grow crops to feed farmed animals, and the exploitation of animals, or in other words, hunting and fishing.

If this trend continues, not only may we one day know a future without any wildlife, but we also threaten our own species survival. In one way or another, everything we need to survive comes from nature — food, water, breathable air. Currently, agriculture is responsible for 70% of the world’s freshwater consumption — most of this to grow crops to feed farmed animals. Rainforests, sometimes referred to as the lungs of the Earth, absorb carbon dioxide, and breathe out oxygen — and yet we’re cutting them down at a rapid rate to make room for cattle.

Using up water, crops and space to raise farmed animals for meat is devastating our planet and pushing wildlife to the brink of extinction. Eating plant-based foods is the simplest and most powerful way to use our Earth's resources more responsibly, and to protect wildlife in the process. 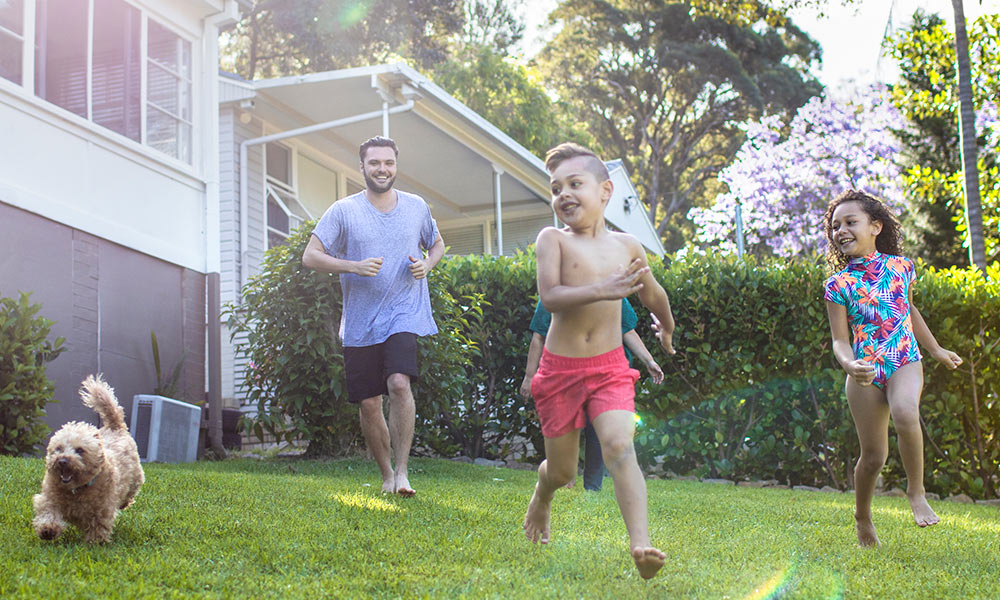 Eating plant-based foods has been found to reduce your risk of heart disease, stroke, diabetes, and some types of cancer. Many people report feeling that their health, energy levels and even mood have improved on plant-based food. Plus you can feel great in knowing that you're sparing animals and helping take care of our planet. 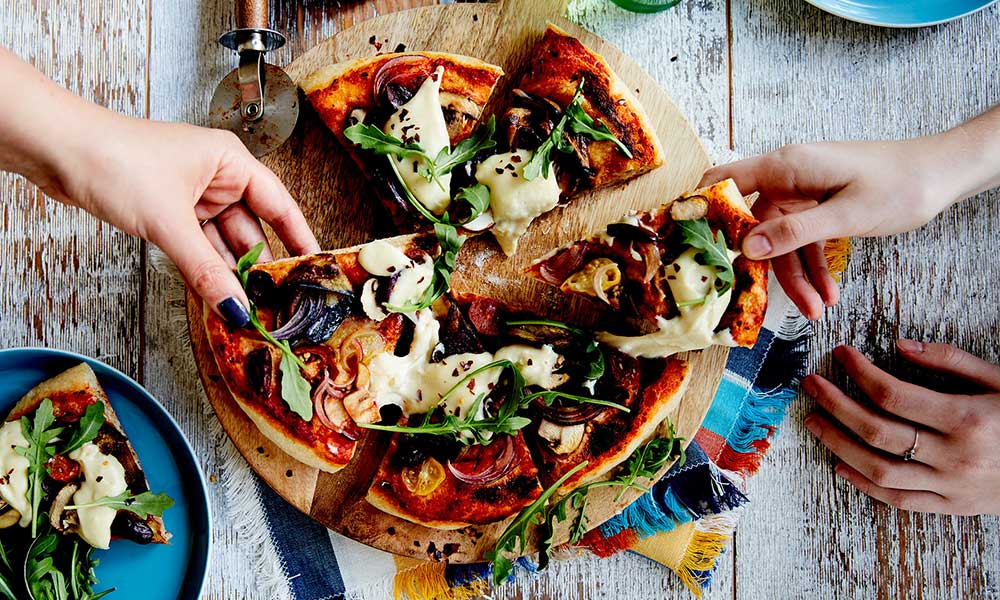 Whether you're feeling like a fresh, colourful salad, a veggie-packed stir-fry, pizza or vegan cheeseburgers, there are endless vegan recipes for you to try. More and more restaurants are adding plant-based dishes to their menus, and supermarkets continue to expand their plant-based options. Veganuary is the perfect time to explore these options and experiment with tasty, plant-based food. Sign up now for Veganuary 2019.

Get your FREE Veg Starter Guide!