We know that this campaign can sometimes feel like two steps forward, one step back — but we’re in this for the long haul, and we remain firmly committed to ending this trade for good, for the animals.

In recent weeks, the live animal export trade has again been under the global spotlight, first for abandoning animals to abject cruelty, then for a human and animal disaster almost too painful to contemplate.

The world is still reeling from the heartbreaking news that an export ship carrying nearly 6,000 cattle had capsized en route from New Zealand to China, killing all animals and 41 crew members. This is the latest tragedy in a long line of devastating disasters that reveal an industry that is willing to put both people and animals at high risk in its pursuit of profit.

The disaster came just weeks after Animals Australia exposed yet more cruelty in Australia’s live export industry, with evidence gathered revealing widespread breaches of Australian regulations and sheep and cattle being subjected to cruelties that the industry has long promised had been wiped out.

Exporters were caught out failing to monitor their own animals, to follow even the most basic rules – leaving it up to Animals Australia, a charity, to instead police them. And once again they claimed to be ‘shocked’ and 'disgusted’ when the world caught a glimpse of the suffering that is not just rife in their trade, but often simply considered to be the ‘cost of doing business.’ Safe to say, this routine is getting a little old. 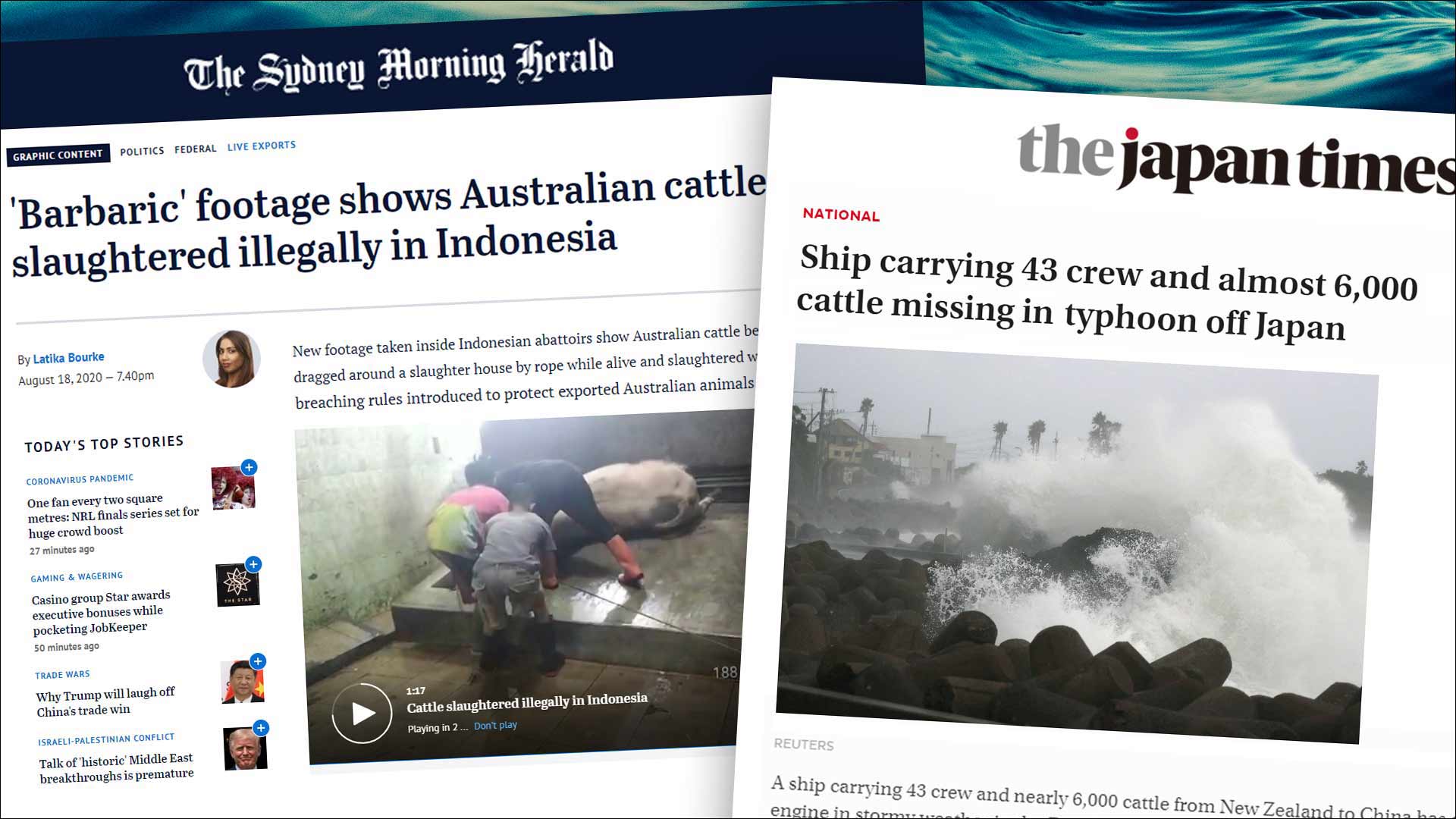 The live animal export trade has made global headlines once again, for all the wrong reasons.

For people who care about animals, it's been a really difficult few weeks.

We know perhaps better than most, how devastating it is to be someone who cares about animals, and who has to put up with seeing the distressing images year after year after year. And we can’t stress enough how much we long for the day that those images won’t exist – the day animals are valued for who they are, not what their bodies produce. The day that live animal export is finally ended for good.

It is our unwavering belief that this day will come. And while we wish it could be tomorrow, we know we have a lot more to do yet. Because we have our work cut out for us. We are taking on a wealthy and powerful industry that has the steadfast support of the political party that currently governs Australia.

Despite years of outrage from the Australian people, and more recently global outrage that spanned 157 countries, it can feel disheartening to know that this trade continues (trust us, we get it). But it’s important to realise that a system that has been built on an acceptance of animal suffering — on decades of lawlessness and cruelty — is one that is not going to be gone overnight. It is one that needs to be dismantled, piece by piece. And we’re aiming to do just that.

Yes, live animal export continues for now. But we’re making it harder than ever. Here’s how we’re being the thorn in the side of the live export industry.

And our work to spare animals from one of the world’s most ruthless industries extends to animals across the globe. We have conducted major investigations in sixteen countries and used the evidence to build cases towards ending live export in  France, Slovakia, Croatia, Austria, Germany, Lithuania, Estonia, Belgium, Sweden, Colombia, Italy, Ukraine, Israel, South Africa, Uruguay, Brazil, Romania and the Czech Republic. Dozens of media stories throughout these countries have helped to grow the awareness and the public momentum that is needed to ultimately end this global trade in misery. 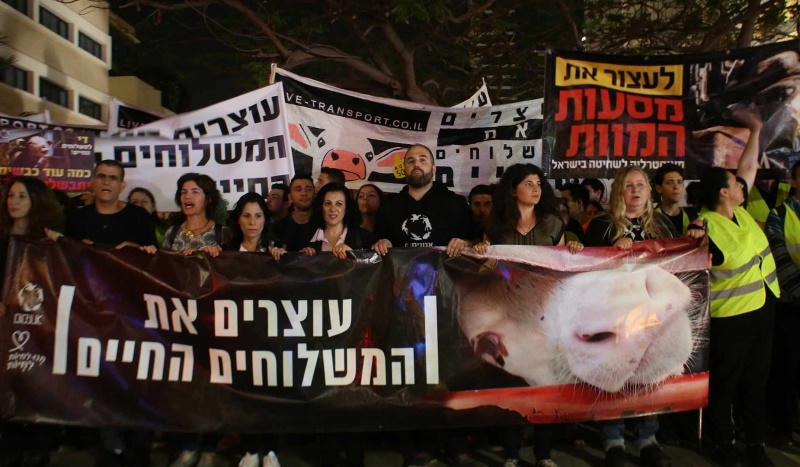 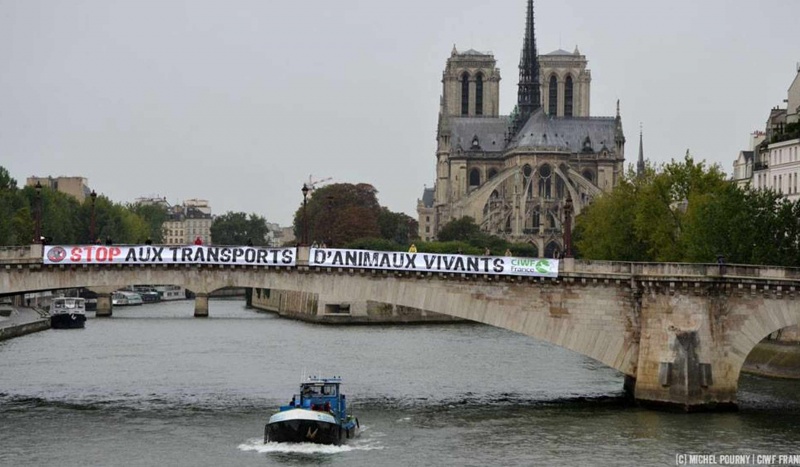 And as exporters seek to create new markets and expand their cruel business in the constant pursuit of profits, it’s vital that we stay one step ahead. That's why we're building strong networks and supporting other compassionate organisations across the world to join the fight against this global trade in animal suffering. Through our global arm, Animals International, we have so far provided expert advice and support to a number of organisations – including GAIA (Belgium), Animal Friends Croatia, Animal Save Movement and Animals without Borders (Croatia), Loomus and Nähtamatud Loomad (Estonia), L 214, Welfarm and Foundation Brigitte Bardot (France), GAWF (Greece), ISPCA (Ireland), Tušti Narvai (Lithuania), SOS Animal and Animal (Portugal), Sloboda Zvierat (Slovakia), Відкриті Клітки (Ukraine), and SPCA Windhoek (Namibia).

Live export isn’t going to end today, or next week. But while it continues, we remain determined to make it as difficult as possible, to save every animal possible, and to hold exporters to account at every possible opportunity.

To all those who care about animals, who are tired of seeing them abused at the hands of the live export industry – please know that we will continue to do everything in our power to keep dismantling a trade that should never have existed in the first place.

And to live exporters? We're watching. All of us.