7 questions answered by a kangaroo rescuer

Ian's love for dogs as a child led him to embrace a similar compassion for wildlife and in fact, all animals, as he pursued both a career and volunteer work advocating a kinder world for all species. Take a behind the scenes look at his inspiring journey with some of our favourite local furry friends!

Why do you rescue kangaroos?

I rescue all native wildlife but kangaroos are close to my heart because they are such beautiful creatures and yet they are the most persecuted, maligned and exploited of all our native animals. They suffer immensely at the hands of humans.

The killing of kangaroos for commercial gain is regarded as the world's largest land-based slaughter of native wildlife. Kangaroos are protected under legislation in most states of Australia and supposedly can't be harmed. That is, unless they are on farmland when they can be shot. Or if they're deemed "overabundant" on public land. Or if they're in the path of development. Federal and state governments do not do enough to protect or save these animals. The shocking truth is that they issue permits for kangaroos to be killed and support their mass slaughter for commercial purposes. The rescue and care of these animals is left largely up to self-funded volunteers. Carers in particular rely heavily on public donations in order to keep operating. If governments don't do more to protect kangaroos, future generations might have to visit a sanctuary to see one. 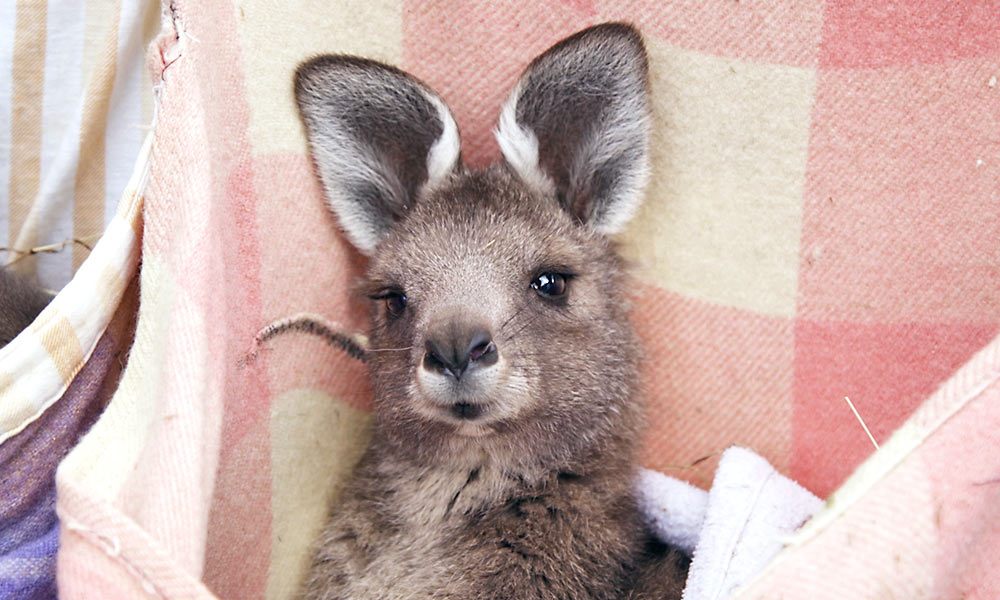 Why do kangaroos need rescuing?

Almost every kangaroo rescue I attend is a direct result of human intervention. They are hit by cars, shot by land owners, illegally hunted, attacked by dogs, caught in fences, slaughtered for pet food and their skins, subjected to deliberate acts of cruelty, and increasingly have their natural habitat destroyed. Every year four million native animals are killed on Australian roads, the majority of whom are kangaroos. Many are females carrying joeys who, if not rescued from their dead mothers' pouches, would be left to die from predation or starvation. 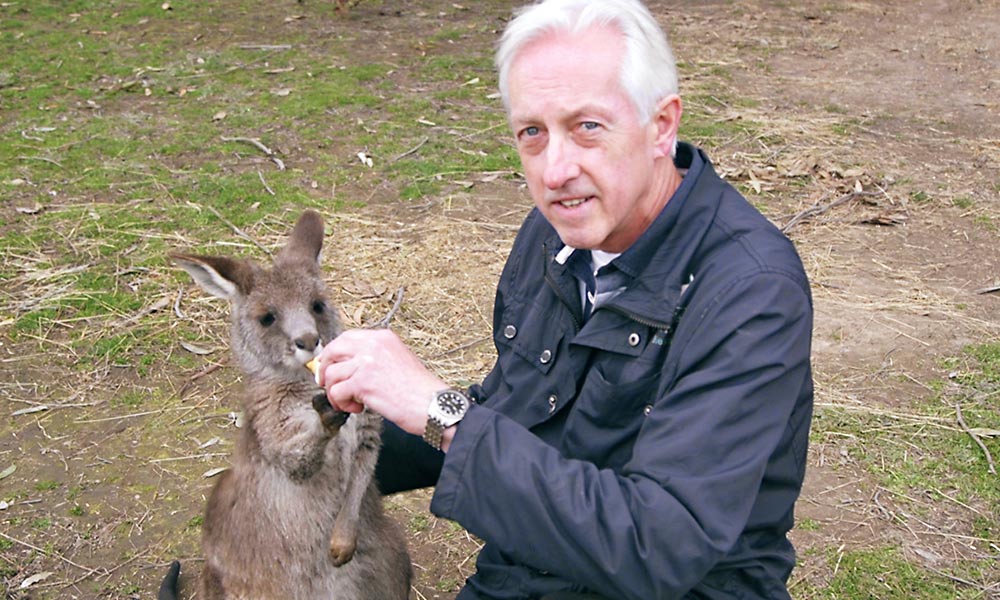 What is involved in being a wildlife carer?

All wildlife carers must be authorised by their state government. To become a licensed carer, you're required to undergo training to build knowledge, skills and expertise in handling sick, injured and orphaned wildlife. This includes administering medications, feeding them an appropriate diet, providing companionship of the same species for social development, and creating an environment in which they will learn specific behaviours for survival back in the wild. Most of all it requires dedication, compassion and resilience. Young, orphaned wildlife require around-the-clock feeding, and despite best practice, some animals just don't survive, and the loss can be heartbreaking. That being said, to care for wildlife is an absolute privilege and is one of the most rewarding experiences. 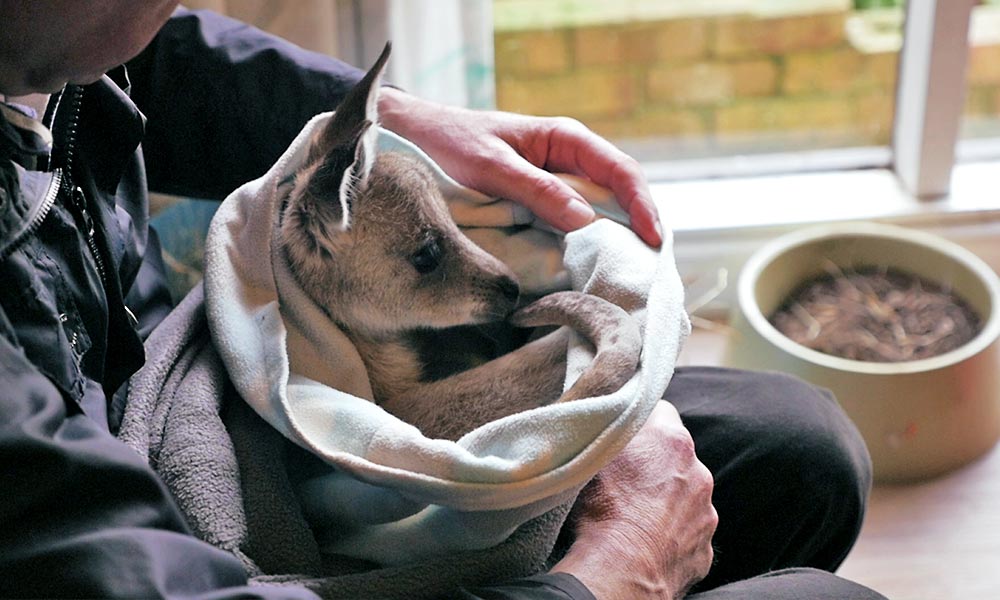 How did you get started in wildlife rescue?

I think I have had a special connection with animals since I was very young. I was volunteering with the RSPCA as an animal attendant when the 2009 Black Saturday bushfires burned across Victoria. The suffering endured by our wildlife had an immediate impact on me and I just knew I had to do something to help. That's when I started training as a volunteer rescuer with Wildlife Victoria. My first rescue was a little ringtail possum found on the ground in someone's car port in suburban Melbourne. That was ten years ago. Little did I know that I would one day end up tracking 80-kg injured kangaroos through bushland with a dart gun to tranquilise them and bring them to safety.


What is the biggest challenge of being a wildlife rescuer?

I used to think it was having to constantly witness the suffering of these animals. However now the biggest challenge is finding a carer or shelter that can take in a rescued animal who has a chance of survival. Where I operate in Central Victoria, our shelters are stretched beyond capacity and are at breaking point. It's getting to the stage where we face the real possibility of not having sufficient resources to care for the animals we rescue. It's a terribly distressing position to be in as a rescuer.

What is the most rewarding thing about this work?

When you tell people you're a wildlife rescuer, they immediately think you save all the animals. The sad fact is that many of the animals I rescue must be euthanised because of the severity or nature of their injuries, but you take some comfort in knowing you have ended their suffering. On the other hand, when you do save an injured animal or rescue an orphaned joey and then see them successfully rehabilitated and released back to the wild, that's when you know it's all worth it.


How has your experience with wildlife affected your attitude toward other animals?

My experience in rescuing and interacting with a wide variety of animals has taught me that they aren't so different from us. They all want to be free from suffering, experience joy, love, freedom and peace. How is it that we so fiercely protect our beloved pets from pain, harm and suffering and yet we don't extend that same compassion to wildlife and other animals? The Dalai Lama, when asked about his religion, has said, "My religion is very simple; my religion is kindness." What better philosophy is there to adopt in our lives, particularly for the way we treat animals? 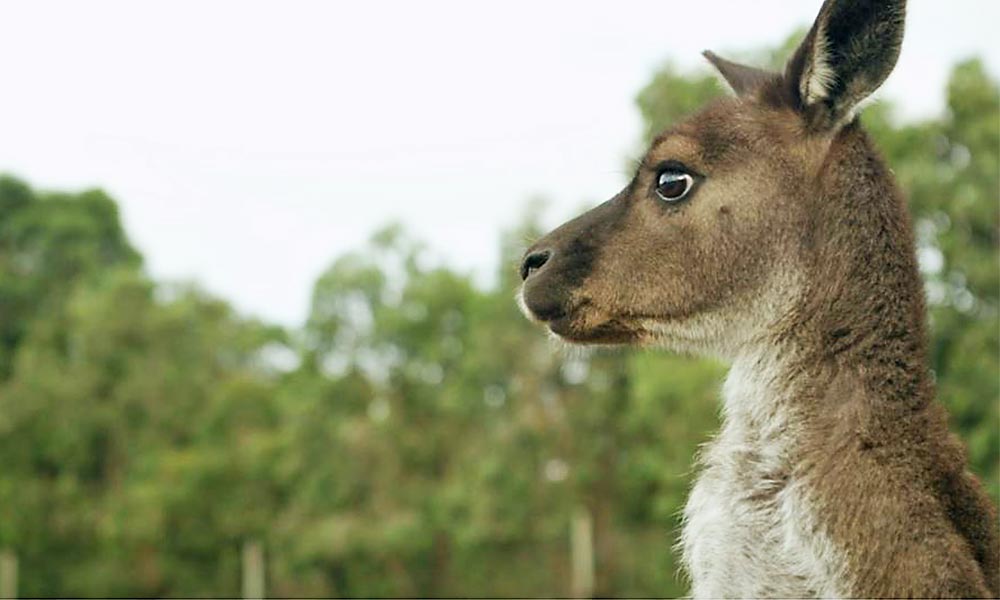 If you'd like to learn more about Ian's work with the Shamrock Wildlife Shelter, head to their Facebook page.


Rescuing and caring for wildlife can be a tremendously rewarding experience. But because these animals are so unique and have very specific needs, wildlife rescuers and carers must be adequately trained and licensed in each state across Australia. It's illegal to keep native wildlife in your care if you do not have a permit to do so. To find out more about how you can become involved in wildlife care, contact your local rescue group.