Societal acceptance of animal experimentation has largely been based on the assumption that these tests, as distressing and ethically distasteful as they may be, will ultimately benefit humans. But do they? Read on to learn more about primate testing, it's prevalence in Australia — and the humane alternatives.

In 1963, when researchers sawed open the heads of chimpanzees and attached transmitters to their brains to control their impulses, no-one batted an eye — because no-one knew. But 50 years and numerous exposés later, the world has reeled at revelations of the suffering of animals used as test subjects. Yet researchers are still using and killing primates — and they're doing it right here, in our own backyard.

The sheer scale of animal experimentation in Australia would shock most people. Every year, some 6.5 million animals — hundreds of them non-human primates — are subjected to experiments in the name of science.

In one notable Melbourne experiment in 2013, macaque monkeys had their skulls drilled into, and electrodes inserted into their brains — not to discover a cure for a fatal disease, but instead to measure their attention spans. To add insult to fatal injury, the results of the test cannot be directly applied to humans because, for all our similarities to non-human primates, our brains — specifically our visual processing centres — are fundamentally different. Such is the conflict at the very heart of animal experimentation.

For an experiment to pass an 'ethics test', researchers must prove that the potential benefits to humans outweigh the impact on the animals involved.

Despite this clear governing principle, it's questionable whether many invasive and ultimately lethal experiments, such as those detailed below, have directly benefited human health and development. 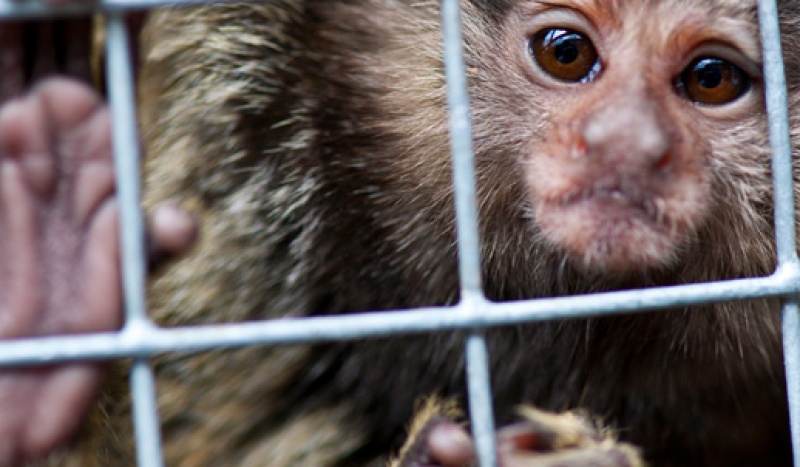 When a baby gorilla is born in a zoo in Victoria it makes news headlines — and upon the death of a captive gorilla, the community grieves. When a chimpanzee at the zoo fell ill she was given all the tender care of a human patient — and yet, every day in institutions across the country, hundreds of their primate cousins are hidden away to be used in cruel experiments.

There are three primate breeding facilities in Australia and at least 11 universities and institutions that conduct primate experiments — involving macaque monkeys, marmosets and baboons. A veil of secrecy hides the suffering of the animals within from public scrutiny.

According to a recent survey, only around half the population knows that animal experimentation still occurs in Australia. Yet 64% of people do not believe that humans have the moral right to test on animals.

In addition to the three 'home-grown' primate breeding facilities, between 2000 and 2009 Australia imported some 640 macaques from Indonesia for research purposes. Many breeds of this species are considered critically endangered due, in most part, to habitat destruction and illegal poaching.

While Australia has a policy against importing wild-caught animals, a lack of accountability throughout the importation process makes the policy almost impossible to enforce.

The true cost of animal experimentation

Animal researchers and breeding institutions in Australia receive millions of taxpayer dollars every year in grants that support animal tests. Hundreds of thousands of animals are used, and many of them are destroyed, for the purposes of medical, pharmacological and toxicity testing — despite the fact that experimentation on animals has consistently been found to be poorly predictive of similar tests and treatments in humans.

Even primates, our closest living relatives, have significant genetic differences that can make applying the results of their tests to human patients ineffective at best — and lethal at worst. In fact, the argument can be made that in many cases animal experimentation delays human medical progress.

Testing on animals is not only unethical — it's unnecessary. Ultimately, it's animals who are paying the high price for humanity's failure to utilise progressive, and readily available, animal-free tools for scientific and medical experimentation.

We live in a truly remarkable age — where 3D printers can restore mobility and dignity to people (and animals!) who have lost their limbs, and research groups are well on their way to being able to 'custom make' body parts and organs — and it is more clear than ever before that animal experimentation is an ethical embarrassment that belongs in the past.

Humane Research Australia has a wealth of information detailing alternatives to animal testing — cruelty-free options that showcase human ingenuity, and compassion, at their best.

Monkey see, monkey do — humans too!

In the immortal words of David Attenborough, in the BBC documentary Natural World: Clever Monkeys, non-human primates have shown us, time and time again, that they share our sense of society and adventure, family and compassion, life, death — and freedom.

At the very least these intelligent and sophisticated animals deserve our respect and kindness — not a life of fear and suffering in a cage. After all...

What makes us human may not be uniquely human after all.David Attenborough.

You can help free animals from labs!

Many thanks to Humane Research Australia for sharing their research and information, and for their tireless work to end animal experimentation.

Learn more about animal experimentation — and how you can free all animals from laboratory cruelty.